Police in Chile have arrested nearly 600 people, after demonstrations to mark the anniversary of Chile's social protests turned violent.

Two Catholic churches were torched as tens of thousands of demonstrators gathered in a central Santiago square yesterday to mark the anniversary of a protest movement that broke out last year demanding greater equality in Chile.

The violence erupted after around 30,000 protesters flocked to Santiago's central Plaza Italia for a peaceful demonstration, the government said.

But as the afternoon wore on, clashes broke out on the periphery of the square, more than 300 meters from the main, peaceful, demonstration.

The demonstration comes just a week before Chileans vote in a referendum on whether to replace the dictatorship-era constitution - one of the key demands when the protest movement began in October 2019.

The most serious incidents occurred when hooded men attacked two churches and set them alight.

One church close to Plaza Italia was burned to the ground as hooded protesters cheered, while a second place of worship was looted and also suffered fire damage. 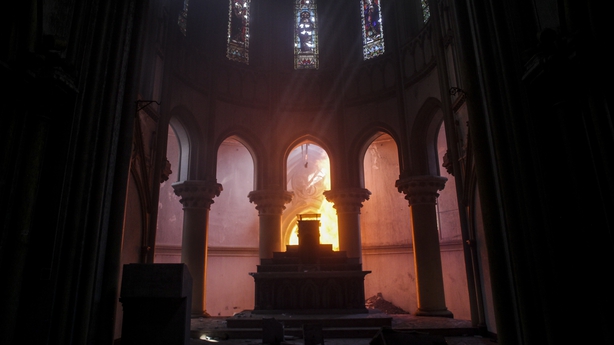 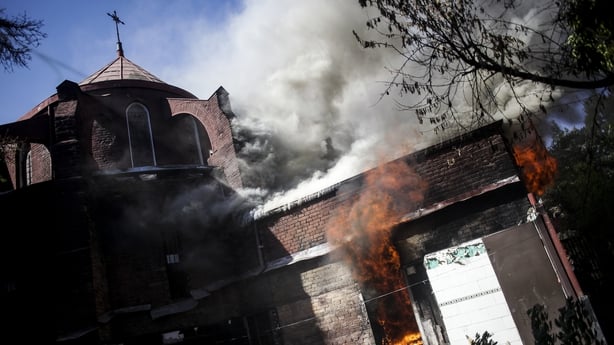 Firefighters managed to get that blaze under control.

"Burning churches is an expression of brutality," said Minister of the Interior and Security Víctor Perez, adding that the violence was coming from a "minority" of protesters.

The small Church of the Assumption, which was totally destroyed, is known as the "artists' parish," according to local press. The building dated back to 1876.

Outbreaks of violence also occurred in other neighborhoods of Santiago and in cities around the country, resulting in 580 arrests, including 287 in the capital alone.

There were clashes between groups of football hooligans in one Santiago neighborhood, while protesters in Plaza Italia doused a statue with red paint.

The communist mayor of a neighborhood near the central square, Daniel Jadue, was hounded out of Plaza Italia by protesters.

Yet it was a different feeling in the morning when demonstrators, many wearing masks to protect against the coronavirus pandemic, held up banners, sang and danced. Police even gradually pulled back from the Plaza Italia. 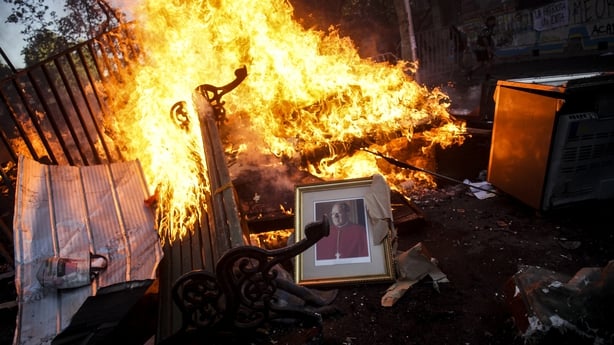 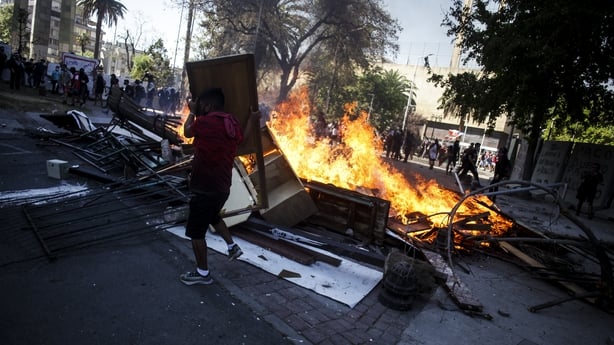 Demonstrators also called for their countrymen to vote to "approve" the proposed constitutional change.

The government of President Sebastian Pinera, one of the protesters' main targets, called on demonstrators to be peaceful and to respect coronavirus restrictions.

Protests broke out a year ago initially as a response to a hike in metro fares, before mushrooming into a general demonstration against inequality and the government.