The melting of Greenland's ice cap has gone so far that it is now irreversible, with snowfall no longer able to compensate for the loss of ice even if global warming were to end today, according to researchers.

"Greenland's glaciers have passed a tipping point of sorts, where the snowfall that replenishes the ice sheet each year cannot keep up with the ice that is flowing into the ocean from glaciers," said a statement from Ohio State University.

Several authors of a study published on 13 August in Communications Earth and Environment are based at the university.

Climate change is having a devastating effect on the world's glaciers, with the ice melt posing a threat to millions of people around the world.

In the 1980s and 1990s, the ice cap lost around 450 billion tonnes of ice per year, which was compensated by snowfall, the scientists said after analysing 40 years of data.

But the ice melt has accelerated this century, climbing to 500 billion tonnes and no longer sufficiently replenished with snow. 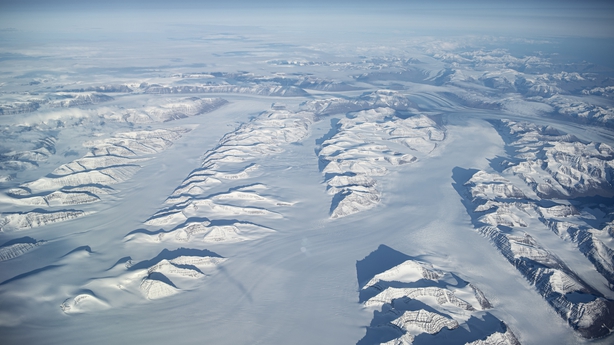 "The Greenland ice sheet is losing mass at accelerated rates in the 21st century, making it the largest single contributor to rising sea levels," the study said.

While researchers are in agreement that the Greenland ice melt is worrying, not all agree that it has reached a 'tipping point'.

"We don't know how much greenhouse gas concentrations will rise," Ruth Mottram, a climatologist at Denmark's Meteorological Institute told AFP.

The published results show that "even if we stabilised temperatures (and greenhouse gas emissions) at the present level, the ice sheet would still continue to melt, but only until the size of the ice sheet is once more in balance with the climate," Ms Mottram said.

Another recent study from Britain's University of Lincoln concluded that Greenland's ice melt alone is expected to contribute 10-12cm to the world's rising sea levels by 2100.

The UN's IPCC climate science advisory panel said in 2013 that it expected sea levels to rise by 60cm by the end of the century.