US Democratic presidential candidate Joe Biden says he has picked US Senator Kamala Harris to be his running mate.

In a tweet, Mr Biden described the Californian senator as "a fearless fighter for the little guy, and one of the country's finest public servants".

He added: "Back when Kamala was Attorney General, she worked closely with Beau. I watched as they took on the big banks, lifted up working people, and protected women and kids from abuse. I was proud then, and I'm proud now to have her as my partner in this campaign."

Ms Harris tweeted that she was honoured to join Mr Biden as their "party's nominee for Vice President, and do what it takes to make him our Commander-in-Chief".

She added that Joe Biden "can unify the American people because he's spent his life fighting for us. And as president, he'll build an America that lives up to our ideals".

.@JoeBiden can unify the American people because he's spent his life fighting for us. And as president, he'll build an America that lives up to our ideals.

I'm honored to join him as our party's nominee for Vice President, and do what it takes to make him our Commander-in-Chief.

Ms Harris, 55, becomes the first black woman on a major presidential ticket in US history.

Mr Biden, who served as vice president under President Barack Obama, had pledged to elevate a woman as his running mate.

I have the great honor to announce that I've picked @KamalaHarris — a fearless fighter for the little guy, and one of the country’s finest public servants — as my running mate.

Mr Obama reacted on Twitter by saying that Ms Harris was "more than prepared for the job. She's spent her career defending our Constitution and fighting for folks who need a fair shake.

"This is a good day for our country. Now let’s go win this thing," he added.

Ms Harris, 55, is a former prosecutor and state attorney general in California.

She is well known for her sometimes aggressive questioning style in the Senate, most notably of Brett Kavanaugh during his 2018 Supreme Court confirmation hearing.

In Ms Harris, a senator who made her own run for the White House before ending it and endorsing Mr Biden, Mr Biden gains an experienced politician already battle-tested by the rigours of the 2020 presidential campaign as they head into the final stretch of the 3 November election.

The choice of a running mate has added significance for Mr Biden, who will turn 78 in November and be the oldest person to become president if he is elected.

Mr Biden's age also has led to broad speculation he will serve only one term, making Ms Harris a potential top contender for the nomination in 2024. 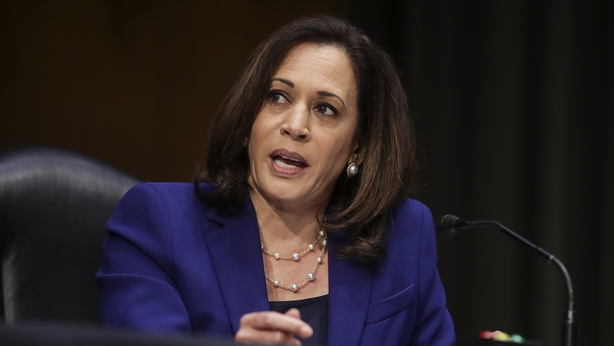 Ms Harris, who became only the Senate's second black woman in its history when she was elected in 2016, will be relied on to help drive the African-American vote – the Democratic Party's most loyal constituency.

Ms Harris has become a key ally for Mr Biden at a time when race has been thrust to the forefront of the campaign.

After the death of George Floyd, Ms Harris became a prominent voice in the push for racial justice and police reform, standing with marchers and sparring with Republicans in the US Senate over reform legislation.

Ms Harris at times came under criticism from some in the black community and from progressive advocates for her record as California attorney general where, they say, she did not do enough to investigate police shootings and too often sided with prosecutors in wrongful conviction cases.

Her defenders say she has always been reform-minded – and point to her record in the Senate, where she has championed a police-reform bill and an anti-lynching bill, among other measures.

Ms Harris herself has said she became a prosecutor in order to bring a more progressive approach to the office.

The daughter of an Indian mother and a Jamaican father, Ms Harris has knocked down barriers throughout her career.

The role of VP

Only a heartbeat away from the president, who might fill the office of the vice president is a critical pick for a candidate.

Joe Biden has previously hinted that he would be a one-term president, so if he defeats Donald Trump in November's election his running mate could potentially be in line to take up the reins in four years' time.

RTÉ's States of Minds podcast delves into the most memorable and controversial moments in US vice presidential history. 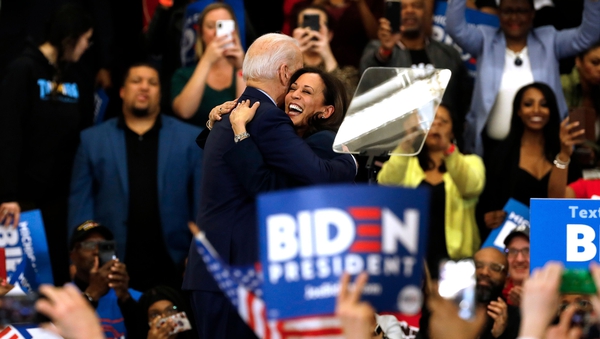