Netflix said it plans to raise about $1 billion in debt, a day after the streaming pioneer doubled its own projections for new customers as stuck-at-home users binged on original shows.

The company plans to use the proceeds to fund original shows, acquire content and for possible acquisitions.

Netflix last night said it more than doubled its own projections for new customers as quarantined audiences binged on series such as "Tiger King".

But the company predicted a weaker second half of the year if stay-at-home orders to fight the coronavirus are lifted.

The world's largest streaming service gained 15.8 million paying customers from January to March, bringing its global total to 182.9 million. Netflix had predicted it would add seven million during the three month period.

The company warned that it expected fewer new subscribers from July to December compared with a year earlier, however. Many people who would have joined then are likely to have already signed up, executives said.

"We expect viewing to decline and membership growth to decelerate as home confinement ends," Netflix said in a letter to shareholders.

The company is among the few businesses to benefit from government orders imposed in March to keep people away from each other in order to stop the spread of the coronavirus.

Netflix also issued a bullish forecast that it would add 7.5 million new customers for the current quarter, which ends in June, though the company said it was "mostly guesswork" given uncertainty over when stay-at-home orders might be lifted.

Netflix said the shutdown of film and TV production around the world had temporarily increased its free cash flow but could delay some programming by a quarter.

In the second quarter, the impact will be "modest" and mostly will affect dubbing in various languages, the company said.

Most programming for 2020, and much of 2021, already has been filmed and is being finished remotely in post-production, the company's chief content officer Ted Sarandos said in a post-earnings interview with an analyst.

"We don't anticipate moving the schedule around much, certainly not in 2020," Sarandos said.

Appreciation of the US dollar, due partially to the coronavirus crisis, dragged on international revenue, the company said. 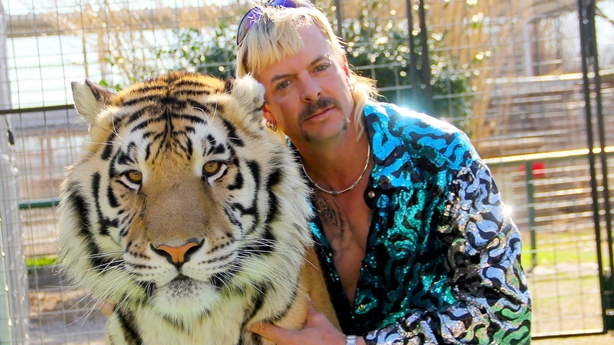 As streaming video has grown in the US, the market has become more competitive with the debut of Walt Disney's Disney+ and upcoming rivals. That has pushed Netflix to look for growth overseas.

The company's biggest expansion in the first quarter came from Europe, where it added 4.4 million new customers.

The most popular Netflix plan in the US costs $13, nearly double the $7-per-month cost for Disney+.

Netflix does not currently plan to raise its prices given the global pandemic, chief product officer Greg Peters said. "At this point we are not even thinking about price increases," Peters said.