Nearly three dozen US troops suffered traumatic brain injuries or concussion in this month's Iranian air strike on a military base in Iraq, the Pentagon said.

US President Donald Trump had initially said that no Americans were injured in the strike on the Ain al-Asad base in western Iraq on the night of 7-8 January, although authorities later reported that 11 troops were injured.

Mr Hoffman said that 17 of the victims had been initially transferred to Germany to receive treatment, eight of whom arrived back in the US today.

"They will continue to receive treatment in the United States, either at Walter Reed (a military hospital near Washington) or at their home bases," he told a press conference at the Pentagon. 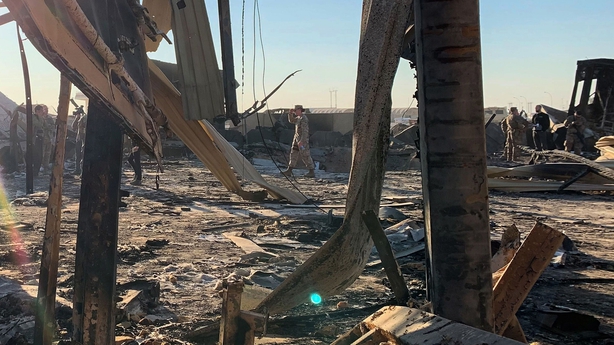 The nine other victims who were flown to Germany "are still undergoing evaluation and treatment there", he added.

Seventeen other troops who were treated in the region have returned to duty in Iraq.

The airbase was targeted in retaliation for the US killing of top Iranian general Qasem Soleimani in a drone strike in Baghdad on 3 January.

The base is one of the largest in Iraq, with 1,500 US troops making up the bulk of a coalition presence directly adjacent to thousands of Iraqi forces.