China has put millions of people on lockdown in two cities at the epicentre of a coronavirus outbreak that has killed 18 people and infected more than 630, as authorities around the world worked to prevent a global pandemic.

Health officials fear the transmission rate could accelerate as hundreds of millions of Chinese travel at home and abroad during week-long holidays for the Lunar New Year, which begins on Saturday.

Giving details on infections in China, state television said 634 cases had been confirmed. By the end of yesterday, China's National Health Commission confirmed 17 dead in the central province of Hubei.

Today health authorities in Hebei, just south of Beijing, said that an 80-year-old man infected with the coronavirus had died there, marking the first confirmed death outside Hubei.

He died yesterday but was not confirmed to have been infected with the virus until today.

The previously unknown virus strain is believed to have emerged late last year from illegally traded wildlife at an animal market in the capital of Hubei province, Wuhan.

Chinese state media, citing the Wuhan government's virus task force, said the city would suspend all online car-hailing services tomorrow to "cut off the transmission of the virus" on a larger scale.

The World Health Organization (WHO) has said that it was "a bit too early" to declare the coronavirus a global health emergency.

"It is a bit too early to consider that this is a public health emergency of international concern," WHO chief Tedros Adhanom Ghebreyesus said in Geneva, adding that the organisation's Emergency Committee of 16 independent experts had been divided in its conclusion.

"Make no mistake, though, this is an emergency in China. But it has not yet become a global health emergency. It may yet become one."

He said China had taken measures which the WHO believes are appropriate.

"We hope they will be both effective and short in their duration... For the moment, the WHO does not recommend any broader restrictions on travel or trade."

Read More:
Four people tested for coronavirus in Scotland
With millions on the move, China struggles to contain virus
China's Wuhan shuts down transport due to concerns over virus
What is coronavirus?

The newly identified coronavirus has created alarm because there are a number of unknowns surrounding it. It is too early to know just how dangerous it is and how easily it spreads between people.

There is no vaccine for the virus, which can spread through respiratory transmission. Symptoms include fever, difficulty breathing and coughing, similar to many other respiratory illnesses.

Three research teams are to start work on developing a vaccine, a global coalition set up to fight diseases said. China's Finance Ministry said it was allocating one billion yuan ($145 million) to the provincial government of Hubei to help contain the outbreak.

Other cities were also taking steps to contain the virus.

The US State Department warned travellers to exercise increased caution in China as airports worldwide were screening passengers arriving from the country.

Chinese-ruled Hong Kong, which has two confirmed cases, is turning two holiday camps into quarantine stations as a precaution. Taiwan has banned anyone from Wuhan from going to the island.

Q: What can I do to protect myself from #coronavirus?

Chinese people had their own ways of protecting themselves.

"I go straight to where I need to go, and then I go home," said 79-year-old Li Meihua, from behind a mask, on the streets of Shanghai. "I'm also maintaining a cleaner diet, I've turned vegetarian."

Preliminary research suggested the virus was passed on to humans from snakes, but government medical adviser Zhong Nanshan has also identified badgers and rats as possible sources.

"The early evidence at this stage would suggest it's not as severe," Australia's Chief Medical Officer, Brendan Murphy, said.

Of the known cases worldwide, Thailand has confirmed four, while Singapore, Japan, South Korea, Taiwan and the United States have reported one each.

Vietnam said two Chinese citizens had tested positive and an Indian nurse working in Saudi Arabia has been infected, India said. Saudi health authorities said there had been no cases in the country so far.

To try to stem the outbreak, Wuhan shut all urban transport networks and suspended outgoing flights from 0200 GMT. Domestic media said some airlines were operating after the deadline.

As the city slipped into isolation, residents thronged hospitals for checks and scrambled for supplies, clearing out supermarket shelves and queuing for petrol.

Authorities in Huanggang ordered entertainment venues including cinemas and internet cafes to close. 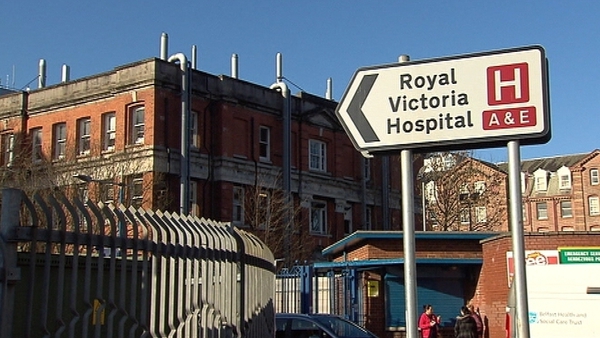 Tests for coronavirus carried out at Belfast hospital