There were nearly 35,000 murders in Mexico in 2019, the highest rate since 1997, the first year for which there is an official record, according to official data.

According to a report from the Secretariat of Public Security, June had the highest rate of murders, with 2,993 victims out of a total 34,582 murders in 2019.

The 2019 rate equals an average of 95 homicides per day in Mexico, a country that has been plagued with violence since 2006, when the war on drugs was militarised. 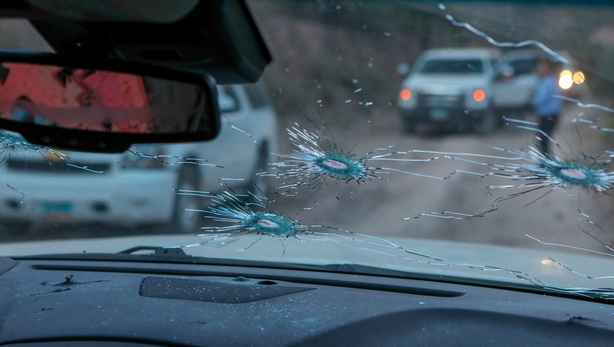 Since then, nearly 275,000 people have been killed in Mexico, according to official figures that do not specify how many of the cases are linked to organized crime.

President Andres Manuel Lopez Obrador, who in December completed the first year of his six-year term, is struggling to rein in violent crime widely blamed on Mexico's drug cartels and other criminal gangs.

Seeking to tackle the problem, Mexican officials last week presented politicians a proposal to overhaul the criminal justice system, paving the way for the Senate to take up the plan next month which could facilitate security cooperation with the United States.

Concern has grown over the president's strategy, which he says still needs time, after two major crises in recent months.

The government has been heavily criticised as being weak after it ordered security forces to release the captured son of convicted kingpin Joaquin "El Chapo" Guzman last October, under pressure from cartel members in the northern city of Culiacan.

Then, in early November, three mothers and six children from an American Mormon community were massacred by suspected cartel gunmen in northern Mexico.