At least three women and six children from an American Mormon community in northern Mexico have been killed in an ambush in an area notorious for drug traffickers.

Julian LeBaron said his cousin was traveling with her four children to the airport when she was attacked and shot in Rancho de la Mora, an area near the US border.

"It was a massacre," Mr LeBaron, an activist who has denounced criminal groups in the area, told Formula Radio.

His cousin's van had been set on fire with the victims inside, he said.

Two other vehicles were found several hours later, containing the bodies of two women and a boy and a girl of about ten years.

At least five other children - one of whom was shot and wounded - managed to escape and walk home, and a girl was reported missing after having run into the woods to hide, Mr LeBaron added.

US President Donald Trump urged Mexico to "wage war", with US help on the drug cartels believed responsible for the ambush.

"If Mexico needs or requests help in cleaning out these monster, the United States stands ready, willing & able to get involved and do the job quickly and effectively," Mr Trump wrote in a tweet.

A wonderful family and friends from Utah got caught between two vicious drug cartels, who were shooting at each other, with the result being many great American people killed, including young children, and some missing. If Mexico needs or requests help in cleaning out these.....

....monsters, the United States stands ready, willing & able to get involved and do the job quickly and effectively. The great new President of Mexico has made this a big issue, but the cartels have become so large and powerful that you sometimes need an army to defeat an army!

Mr Trump said Mexico's President Andres Manuel Lopez Obrador had made fighting the drug cartels a big issue, "but the cartels have become so large and powerful that you sometimes need an army to defeat an army!"

He wrote: "This is the time for Mexico, with the help of the United States, to wage WAR on the drug cartels and wipe them off the face of the earth. We merely await a call from your great new president!"

Communication with the area, which is mountainous and forested, is also difficult, Mr Peniche said.

The Mexican government deployed the army to fight drug trafficking in 2006, but experts blame the so-called "drug war" for the spiraling violence between fragmented cartels and the military, which has lead to more than 250,000 murders.

When asked who might be responsible, Mr Lebaron said the attack took place in a "war zone", home to drug cartels and "thugs".

His family "may have been caught in crossfire or targeted by mistake, we don't know the cause," he said, but said that the Mormon community had recently been the target of threats.

The community are descendants of Mormons who fled the US in the 19th century after being persecuted for their traditions, including polygamy.

One former member is George Romney, father of 2012 Republican presidential candidate Mitt Romney, who was born in 1907 in Colonia Dublan in Chihuahua state, according to an NBC report Monday.

Many Mormons in Mexico enjoy dual Mexican and American citizenship and - according to Mexican media - the Lebaron family asked for the help of the US embassy.

It is not the first time the family have been targeted.

Mr LeBaron's sibling, Benjamin, founder of a crime-fighting group called SOS Chihuahua, was assassinated in 2009 after he led protests over the kidnapping of their 16-year-old brother. 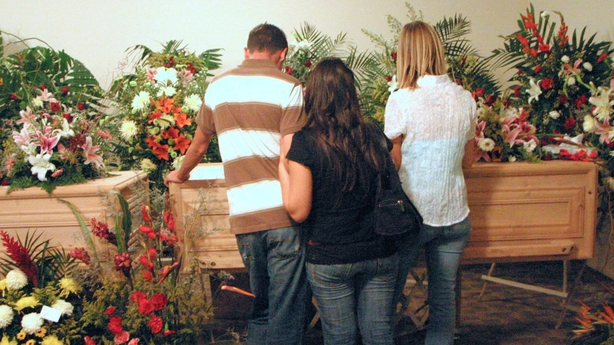 The Mormons refused to pay the ransom and Mr LeBaron was eventually released.