Europe "must stand up for democracy and freedom, for human rights and tolerance", Chancellor Angela Merkel said as Germany commemorated the fall of the Berlin Wall in 1989.

Such values "must always be lived out and defended anew," she told political leaders and European guests at a ceremony, warning that these freedoms cannot be taken for granted.

Germany is marking 30 years since the fall of the Berlin Wall that ushered in the end of communism and national reunification.

On 9 November 1989, East German border guards, overwhelmed by large crowds, threw open the gates to West Berlin, allowing free passage for the first time since the wall was built. 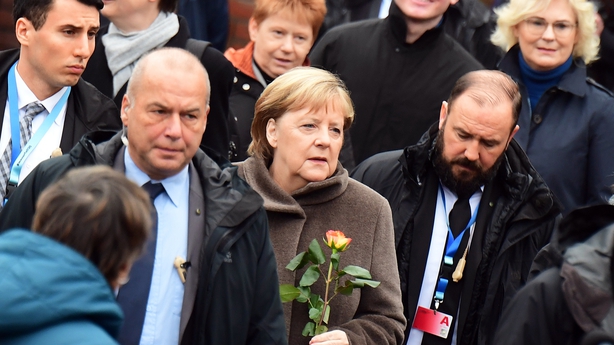 "Together with our friends, we remember with deep gratitude the events 30 years ago," Mr Steinmeier said during a ceremony at the Bernauer Strasse Berlin Wall Memorial, which was also attended by Chancellor Merkel and heads of state from Poland, Hungary, Slovakia and the Czech Republic.

"Without the courage and the will to freedom of the Poles and Hungarians, the Czechs and Slovaks, the peaceful revolutions in eastern Europe and Germany's reunification would not have been possible," Mr Steinmeier said.

Mr Pompeo also left behind a stark warning: "As we celebrate, we must also recognise that freedom is never guaranteed.

"Today, authoritarianism is once again rising," he said, name-checking China and Russia. 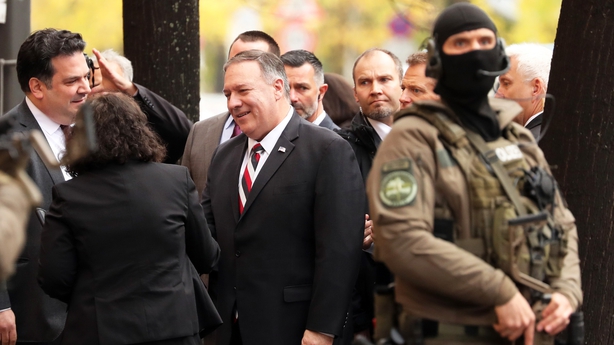 Carrying a similar message, the EU's incoming chief Ursula von der Leyen noted that the euphoric optimism over liberal democracy and freedom that characterised this day 30 years ago has dissipated.

"Today, we have to admit that our complacency was naive," said Ms von der Leyen.

Russia is "using violence to shift established borders in Europe, and is trying to fill every vacuum that the US has left behind."

And hopes that China would develop closer to the Western liberal democracy model has not been fulfilled, she said. 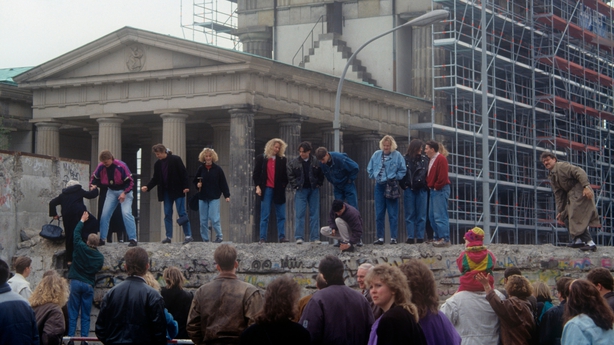 'Everybody cried with joy' - memories of Berlin Wall coming down 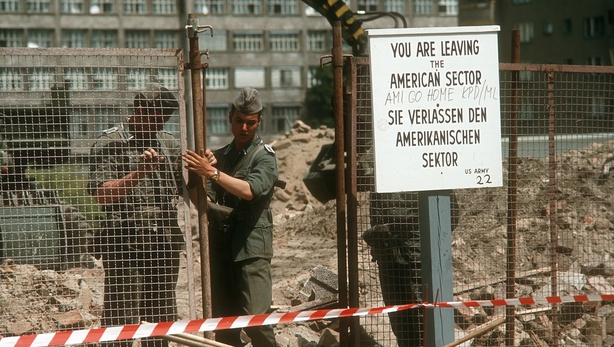 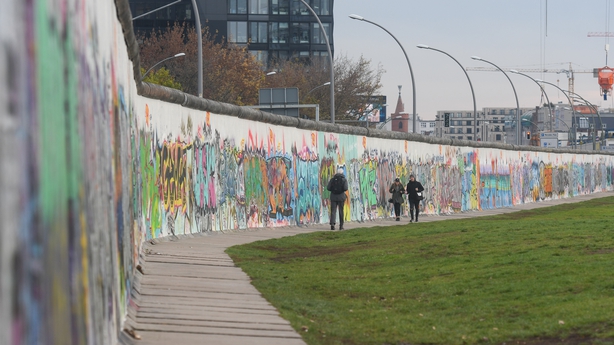 Mr Gorbachev, whose decision not to send the Soviet army to prop up the East German regime was seen as crucial to preserving peace during the Cold War, told Spiegel magazine in an interview that there is "no nostalgia" for that period of division.

But "we have to admit that after the end of the Cold War new leaders failed to create a modern security architecture, especially in Europe."

"As a result, new lines of divisions have emerged, and NATO's eastward expansion ... shifted these lines to the Russian border."

Beyond the cracks surfacing in the global arena, a new chasm is opening up within Germany itself with the far-right gaining a strong foothold in the former communist states.

Underlining the problem herself, Chancellor Merkel said those who earlier thought the differences between the former communist east and the capitalist west could be ironed out now see "that it would take half a century or more."

Debate has also opened up more intensively over the differences between the east and west as "nationalist and protectionist trends have gained ground worldwide, thereby fuelling more discussion too from a national perspective," she told Sueddeutsche Zeitung.

WATCH: Thousands cross into West Germany as the Berlin Wall comes down #OnThisDay in 1989 https://t.co/XMN4xlXzv6 #BerlinWall30