Boris Johnson has been elected as the new leader of the British Conservative Party and is set to take over as prime minister from Theresa May.

Mr Johnson was the clear favourite to take the crown over his run-off rival, Foreign Secretary Jeremy Hunt, and secured 92,153 votes to Mr Hunt's 46,656.

In his speech to the party, Mr Johnson promised to deliver Brexit on 31 October.

He said he read in the Financial Times this morning that no incoming leader has ever faced "such a daunting set of circumstances".

"Well I look at you this morning and I ask myself, 'Do you look daunted? Do you feel daunted?' I don't think you look remotely daunted to me.

However, he already faces a raft of resignations as ministers opposed to his "do or die" pledge to pull the UK out of the EU on 31 October, even if there is no deal in place, have said they would not serve under him as prime minister.

Education Minister Anne Milton resigned this morning saying she has "grave concerns about leaving the EU without a deal".

Chancellor Philip Hammond and Justice Secretary David Gauke have already given notice they will resign rather than serve under Mr Johnson. 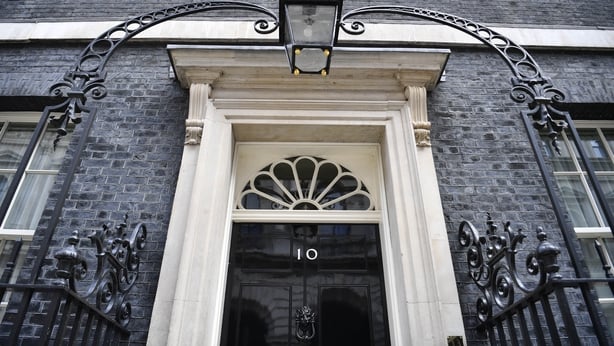 Outgoing Prime Minister Theresa May tweeted: "Many congratulations to @BorisJohnson on being elected leader of @Conservatives - we now need to work together to deliver a Brexit that works for the whole UK and to keep Jeremy Corbyn out of government. You will have my full support from the back benches."

Many congratulations to @BorisJohnson on being elected leader of @Conservatives - we now need to work together to deliver a Brexit that works for the whole UK and to keep Jeremy Corbyn out of government. You will have my full support from the back benches.

DUP leader Arlene Foster has confirmed her party's confidence and supply deal with the Conservative Party will undergo a scheduled review under new leader Boris Johnson.

"I have spoken with Boris Johnson and congratulated him on becoming leader of the Conservative Party," she said.

"We discussed our shared objectives of strengthening every part of the Union, ensuring the 2016 referendum result is implemented and seeing devolution restored in Northern Ireland.

"The Confidence and Supply Agreement between the Conservative Party and the Democratic Unionist Party remains. That agreement included a review between each parliamentary session. This will take place over the coming weeks and will explore the policy priorities of both parties for the next parliamentary session.

"I also look forward to welcoming Mr Johnson back to Northern Ireland shortly after he becomes prime minister."

Mrs May will tender her resignation to Queen Elizabeth after taking Prime Minister's Questions in the House of Commons tomorrow afternoon for the final time, with the new Tory leader set to enter Number 10 soon after.

Mr Johnson will have to govern with a Tory-DUP majority of just two, after Dover MP Charlie Elphicke had the Conservative whip suspended after being charged with sexually assaulting two women.

The government majority could be further reduced next week if the Tories lose the Brecon and Radnorshire by-election.