Diplomats from 130 nations gathered in Paris today to validate a grim UN assessment of the state of nature and lay the groundwork for a rescue plan for life on Earth.

The destruction of nature threatens humanity "at least as much as human-induced climate change," UN biodiversity chief Robert Watson said as the five-day meeting began.

"We have a closing window of opportunity to act and narrowing options."

A 44-page draft "Summary for Policy Makers", obtained by AFP, catalogues the 1,001 ways in which our species has plundered the planet and damaged its capacity to renew the resources upon which we depend, starting with breathable air, drinkable water and productive soil.

The impact of humanity's expanding footprint and appetites has been devastating.

Up to a million species face extinction, many within decades, according to the report, and three-quarters of Earth's land surface has been "severely altered". A third of ocean fish stocks are in decline, and the rest, barring a few, are harvested at the very edge of sustainability.

Twenty 10-year targets adopted in 2010 under the United Nations' biodiversity treaty - to expand protected areas, slow species and forest loss, and reduce pollution - will, with one or two exceptions, fail badly.

Based on an underlying report that draws from 400 experts and weighs in at 1,800 pages, the executive summary has to be vetted line-by-line by diplomats, with scientists at their elbow.

The Intergovernmental Science-Policy Platform on Biodiversity and Ecosystem Services (IPBES) document, once approved, will be released on 6 May.

Historically, conservation biology has focused on the plight of pandas, polar bears and a multitude of less "charismatic" animals and plants that humanity is harvesting, eating, crowding or poisoning into oblivion.

But in the last two decades, that focus has shifted back to us.

"Up to now, we have talked about the importance of biodiversity mostly from an environmental perspective," Watson told AFP ahead of the Paris meet.

"Now we are saying that nature is crucial for food production, for pure water, for medicines and even social cohesion."

And to fight climate change.

Forests and oceans, for example, soak up half of the planet-warming greenhouse gases we spew into the atmosphere.

If they didn't, Earth might already be locked into an unliveable future of runaway global warming.

And yet, an area of tropical forest five times the size of England has been destroyed since 2014, mainly to service the global demand for beef, biofuels, soy beans and palm oil. 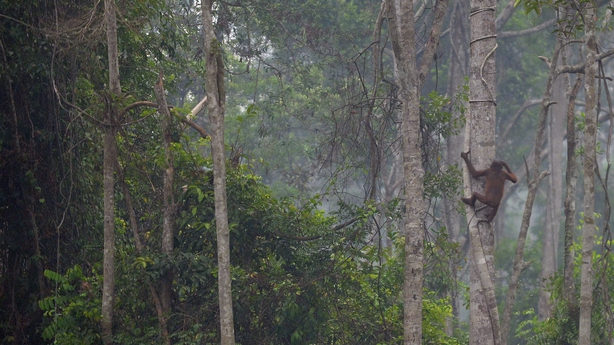 "The recent IPCC report shows to what extent climate change threatens biodiversity," said Laurence Tubiana, CEO of the European Climate Foundation and a main architect of the Paris Agreement, referring to the UN's climate science panel.

"And the upcoming IPBES report - as important for humanity - will show these two problems have overlapping solutions."

That overlap, she added, begins with agriculture, which accounts for at least a quarter of greenhouse gas emissions.

Set up in 2012, the IPBES synthesises published science for policymakers in the same way the Intergovernmental Panel for Climate Change (IPCC) does on climate.

But the 1992 Convention on Biological Diversity (CBD) has always been a poor stepchild compared to its climate counterpart, and the IPBES was added as an afterthought, making its authority harder to establish.

Biodiversity experts are trying to engineer a "Paris moment" for nature akin to the 2015 Paris climate treaty. 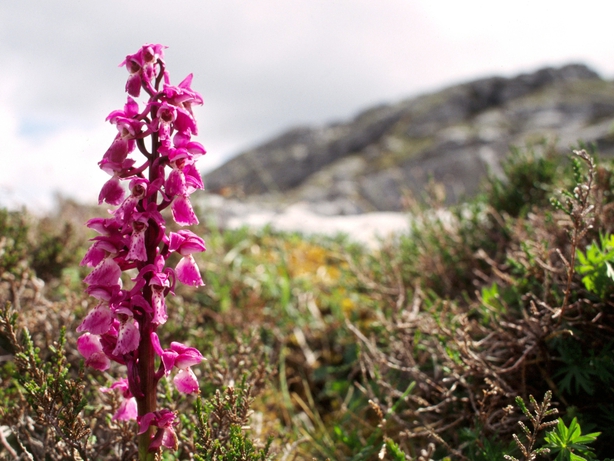 Public concern about global warming has crystallised around impacts ranging from rising seas to deadly heatwaves, and the Paris pact's hard target for capping the rise in global temperatures.

The 2018 IPCC report cited by Tubiana added a time imperative: to hold the line at 1.5 degrees Celsius, the world must reduce CO2 emissions 45 percent by 2030, and become "carbon neutral" by mid-century, it concluded.

But finding the equivalent for nature has proven difficult.

"Extinctions are not something the public can easily see," said Watson.

A growing number of scientists and NGOs are calling for 30-50% of Earth's surface to be "sustainably managed" by 2030, and more thereafter.

But the draft report makes no such concrete proposals.

The next opportunity for a visionary plan to be ratified would be the next full meeting in October 2020 of the parties to the Convention on Biodiversity in Kunming, China.