At 79 years young, Speaker Nancy Pelosi is one of the most formidable US politicians.

She made history in 2007 when she was the first woman elected as Speaker of the House of Representatives.

She made history again in January, when she regained her position, the first person to do so in more than 60 years.

Although representing the congressional district that takes in San Francisco for the last 31 years, she originally hails from the East Coast - Baltimore, Maryland.

She was first elected to Congress in her late 40s, but grew up in a deeply political household.

Born in 1940 into an Italian-American family Baltimore, Pelosi's  father Thomas D’Alesandro Jr was a Democratic Congressman who later served as Mayor of Baltimore for 12 years.

Her brother Thomas D’Alesandro III, was Mayor of Baltimore from 1967 to 1971.

Pelosi graduated from Trinity College in Washington DC in 1962 with a BA in Political Science.

She married Paul Pelosi in 1963 and they have five children.

Pelosi was one of the most high-profile and outspoken opponents of the US invasion of Iraq in 2003.

According to her biography, as Speaker, she has made climate and the environment a flagship issue and helped enact energy legislation in 2007 that raised vehicle fuel efficiency standards.

The American Clean Energy and Security Act was passed in 2009 under her leadership, although blocked by Republicans in the Senate.

A veteran of more than three decades of the rough-and-tumble of Washington politics, Pelosi has more recently been thrown into the global spotlight over her showdown with President Donald Trump earlier this year.

While Republicans held power in the House of Representatives for the first two years of President Trump's administration, she was House Minority leader, and attracted the ire of the President and the Republican party.

She was held up as a poster child by the Republicans in the 2018 Midterms as a reason not to vote for Democrats - to keep her from the Speaker's chair.

However that ploy failed, and Democrats took back control of the House in those November 2018 elections and Nancy Pelosi was once again elected Speaker.

Her relationship with President Trump is one that has merited much study.

In a tense war of words over funding for his border wall, which led to the longest government in US history, it was Trump who blinked first.

She delivered short shrift to the President on another occasion in December last year during the shutdown when Trump called senior Democrats to a meeting at the White House, with the express intention of telling them that he was essentially 'the boss' and they would have to find a way to fund his plan to 'build a wall' along the US-Mexican border.

The discussion quickly descended into a verbal brawl in front of television cameras.

Nancy Pelosi and the most senior Democrat in the Senate Chuck Schumer irritated the President to such a degree that he said "I am proud to shut down the government for border security, Chuck… I will take the mantle. I will be the one to shut it down".

The Democrats considered that a victory, and afterwards Congresswoman Pelosi described the meeting as "wild", adding that she had tried to play the "Mom" in the room.

She also is not averse to trading insults using a language that the President himself often uses.

Again of that December 2018 meeting, she said: "It goes to show you: you get into a tickle contest with a skunk, you get tinkle all over you", saying the border wall issue  "is like a manhood thing for [Trump.] As if manhood could ever be associated with him."

Ultimately, Trump backed down and the shutdown ended.

Democrats did not have to yield an inch and Trump’s retreat was described as an "unmitigated" victory for Pelosi by the Washington Post.

Upon assuming the office of President, Donald Trump singled her out as his opposition, the target of tweets and verbal attacks.

She replaced to some degree the position that had been held by Hilary Clinton during the 2016 campaign. But she has handled the President with the "no nonsense" approach for which she is known.

Polite at all times, but stern.

Since she assumed the Speaker's chair in January 2019, the President has dropped his combative approach to her and instead appears to have developed a level of respect for her.

The annual State of the Union address, delivered by the President to a joint session of the US Congress, is always a test of decorum (and facial expressions) for the Speaker of the House who sits behind the President in full view of the nation.

Speaker Pelosi, who has been loud in her criticism of President Trump, perfected the poker face as the President outlined his manifesto. Her outstretched slow hand clap in his direction was replayed over and over on US TV networks and has become an internet meme.

As she approaches her ninth decade, she seems eager to leverage her experience to resist the president's conservative agenda and to ensure rigorous oversight of an often chaotic administration.

"Pelosi privately refers to Trump as the 'whiner in chief.' She's questioned his manhood. She calls out Trump's lies to his face and openly wonders whether he's fit for the job," Politico noted in the midst of the shutdown.

"She mocks Trump for his privileged upbringing and his lack of empathy for the less fortunate."

Some old Washington hands say her toughness should not have come entirely as a surprise.

When the midterm elections in November returned the Democrats to power in the House, some analysts expected a bloody fight for party leadership, with newly elected young progressives demanding the older generation - led by Pelosi - step aside.

Instead, as Politico described it, she vanquished her challengers "with precision and speed that shocked many longtime Hill watchers."

Although she does not have Irish roots, she does have a connection to Ireland through three of her grandchildren, whose paternal grandfather lives in Kilquade, Co Wicklow. 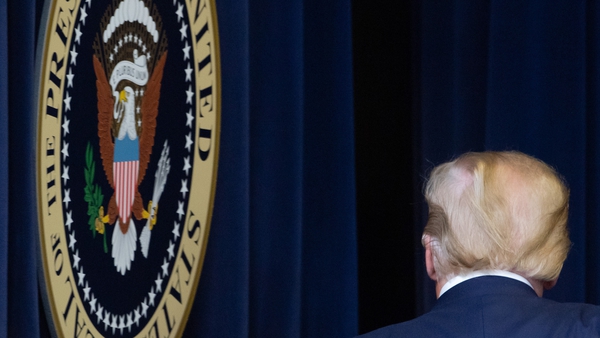 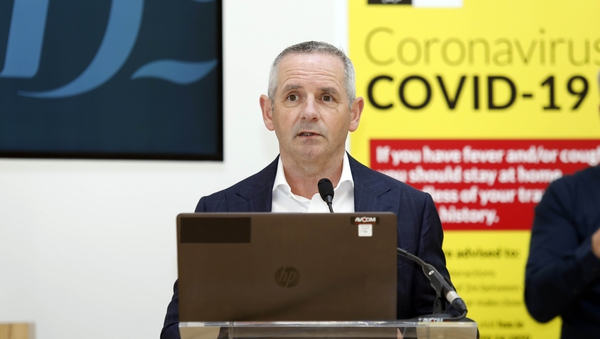 US to move embassy to Jerusalem – what does it mean?