Venezuelan lawmakers loyal to President Nicolas Maduro have stripped opposition leader Juan Guaido's immunity and authorised the high court to criminally prosecute him for proclaiming himself the country's ruler.

Mr Guaido had earlier expressed fears of being abducted by government agents following a request by the Supreme Court on Monday to the Constituent Assembly to lift his parliamentary immunity.

Critics of the controversial two-year-old body say it was created to rubber-stamp Mr Maduro's decisions and sideline the opposition-controlled National Assembly.

"They can try to kidnap me," said Mr Guaido, who is recognised as the country's interim president by more than 50 countries.

The Constituent Assembly's president, Diosdado Cabello, announced pro-Maduro lawmakers had unanimously authorised the Supreme Court to prosecute Mr Guaido, leaving him also liable to be charged for breaching a 29 January government ban on leaving the country.

The court had been investigating Mr Guaido for usurping Mr Maduro's powers by declaring himself interim president on 23 January - a move which rapidly gained international support.

"You know how the regime acts. This is not even persecution - this is inquisition," said Mr Guaido, who recognises neither the court nor the Constituent Assembly.

Neither institution "has the quality of being able to lift immunity or invalidate, we have to say things as they are," he said.

Mr Guaido was speaking to reporters prior to a meeting of his own National Assembly, which sits in the same federal palace building as the rival Constituent Assembly.

Monday's court ruling cited Mr Guaido's violation of a ban on his travel outside Venezuela when he visited Argentina, Brazil, Colombia, Ecuador and Paraguay from late February to early March.

The move came after Venezuela's auditor general's office announced on Thursday that it had stripped Mr Guaido of the right to hold public office for 15 years, a decision he rejected as invalid.

Parallel to the political battle, the country has been hit by a series of devastating blackouts that have left millions without water, prompting the government to replace the country's energy minister and institute power rationing in a bid to address the outages. 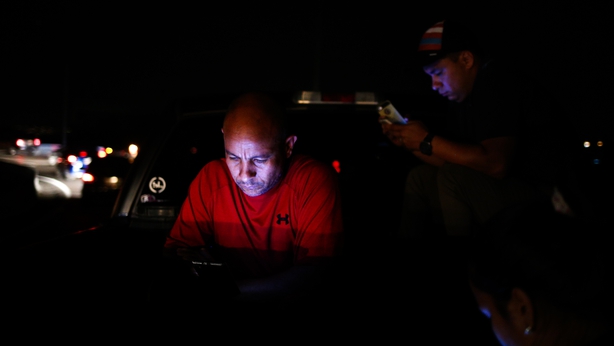 The new minister "is an electrical industry worker with 25 years of experience, an engineer who had many responsibilities," Mr Maduro said.

On Sunday, Mr Maduro announced 30 days of electricity rationing, after his government said it was shortening the workday and keeping schools closed due to blackouts.

The measures are a stark admission by the government that there is not enough electricity to go around, and that the power crisis is here to stay.

With no electricity, pumping stations cannot work, so water service is limited.