Mr Guaido is the parliament president but declared himself acting president of the country on 23 January.

But speaking at a rival pro-regime rally celebrating the 20th anniversary of the socialist revolution led by his predecessor Hugo Chavez, Mr Maduro said he was in favour of a Constituent Assembly proposal to bring forward to this year parliamentary elections set for the end of 2020.

"I agree and I will hold to this decision," said Mr Maduro, who was making his first public appearance in six months.

"They (the opposition) want to bring forward elections, let's have elections," he said defiantly. 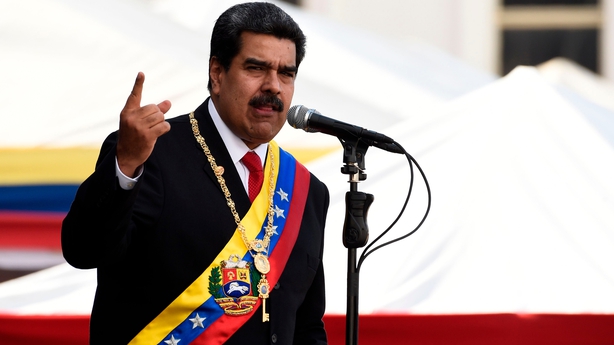 Four major European nations - Britain, France, Germany and Spain - have said they will join the United States and several Latin American countries in recognising Mr Guaido as interim president if Mr Maduro does not call presidential elections by midnight on Sunday.

The National Assembly is the only branch of government in opposition control.

However, it has been powerless since 2016 when the regime-loyalist dominated Supreme Court stripped it of its powers.

Mr Maduro created the Constituent Assembly in 2017 to replace parliament, with the new body announcing itself the institution with supreme power in the country.

When new parliamentary elections are held, the opposition could lose its majority.

Backed by increasing international support, Mr Guaido has been stepping up the pressure on Mr Maduro in a bid to force him from office.

He claims to have the constitutional right to set up a transitional government ahead of new presidential elections as the National Assembly has declared Mr Maduro a "usurper" over his controversial re-election last year. 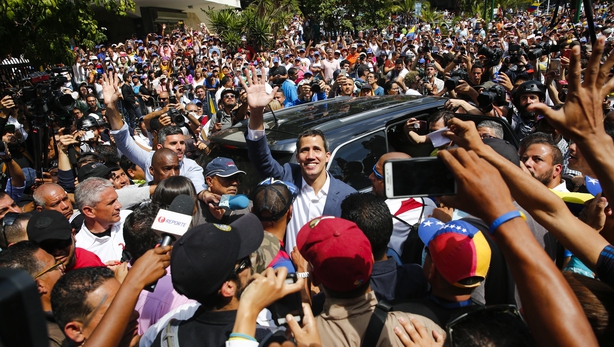 Several opposition leaders were unable to stand in that election having been jailed, exiled or barred, leading opposition parties to boycott.

The US, European Union and Organisation of America States all dismissed the election as fraudulent.

The call from Mr Maduro comes as an active Venezuelan general has called on the armed forces to rebel against him, and to recognise Mr Guaido as interim chief.

In a video circulating on Twitter, General Francisco Yanez of the air force's high command, said most of the armed forces already disavowed Mr Maduro, who claims he is victim of a coup directed by the United States.

"Given the happenings of the last few hours, already the transition to democracy is imminent."

The high command's web page lists General Yanez, along with a photo, as the air force's head of strategic planning.

General Yanez is the first active Venezuelan general to recognize Mr Guaido since he proclaimed himself president on 23 January.

Washington has imposed sweeping sanctions on state-owned oil firm PDVSA in the toughest financial challenge yet to Mr Maduro, as the administration of US President Donald Trump openly seeks to push him from power.

US Vice President Mike Pence told a Florida rally on Friday that the time for dialogue had ended and all options were on the table.