The Paris prosecutor's office has said that a fifth person has died from their wounds following Tuesday's Strasbourg Christmas market shooting.

An official with the prosecutor's office said the victim was a Polish national and gave no other details.

A gunman attacked Strasbourg's Christmas market on Tuesday armed with a gun and a knife.

Along with the five people who have died, 10 others were injured.

The attacker was shot dead by police on Thursday after a manhunt that involved more than 700 members of the security forces.

Earlier today, several hundred people gathered in Strasbourg to honour the victims of the attack.

People, many in tears, gathered around a makeshift shrine of flowers and candles at the foot of the enormous Christmas tree at Kleber Square in the city centre.

The ceremony, organised by local rights associations with the approval of the city authorities, included music, singing and several readings.

The traditional minute of silence was replaced by a minute of noise, during which people shouted and applauded to express their solidarity with the victims.

Earlier, police in the eastern French city, which is home to the European Parliament, released two close associates of the attacker, Cherif Chekatt, who was on a French list of possible extremist security risks. 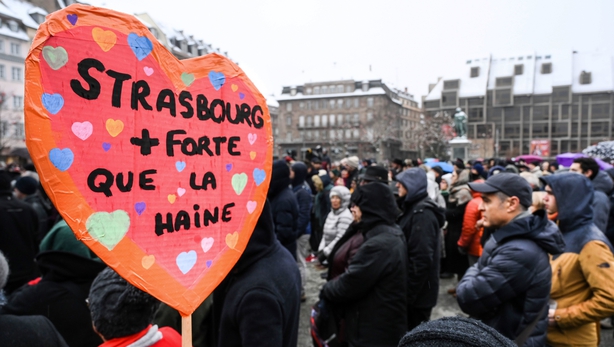 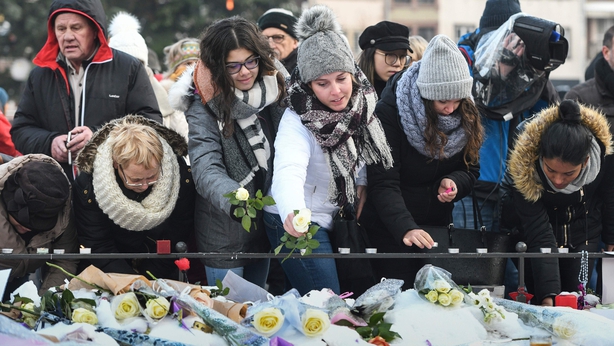 With the release of Chakett's parents and two of his brothers, that leaves only one person of the seven originally detained still in custody.

Police have been focusing their investigation on whether Chekatt had any help in carrying out his attack or during the two days he was on the run.

On Friday, France's interior minister dismissed a claim by the so-called Islamic State group that it was responsible for the attack.