A Soyuz rocket carrying Russian, American and Canadian astronauts, which took off from Kazakhstan today, has successfully docked at the International Space Station.

It was the first manned mission since a failed launch in October.

Russian cosmonaut Oleg Kononenko, Anne McClain of NASA and David Saint-Jacques of the Canadian Space Agency blasted off for a six-and-a-half month mission on the International Space Station (ISS) on schedule today at 11.30am GMT. 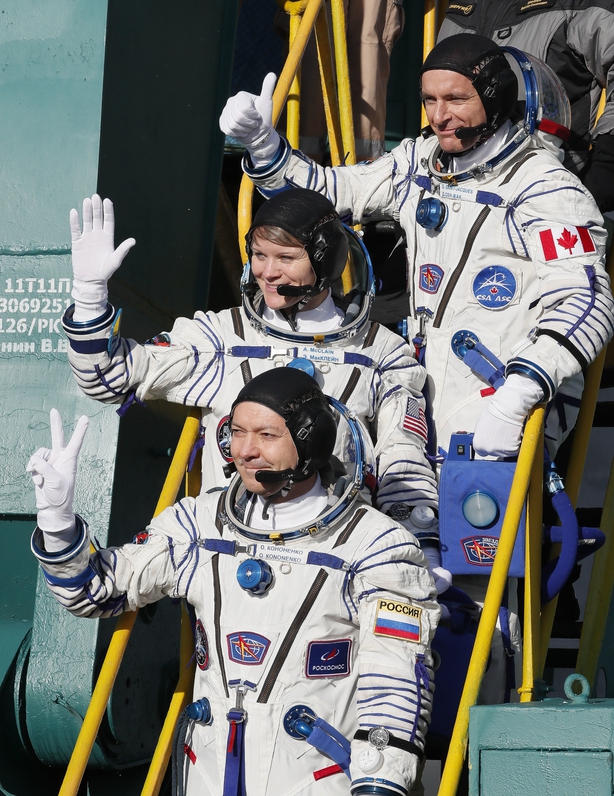 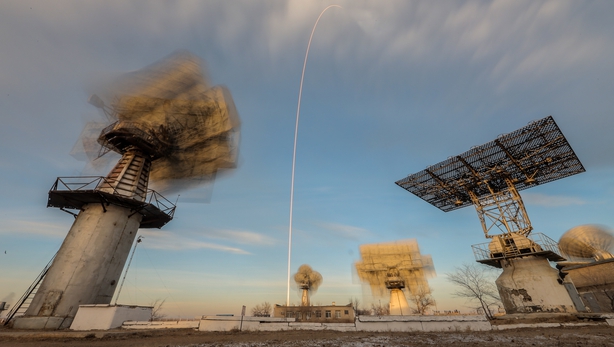 A few minutes after their rocket lifted off from the Baikonur Cosmodrome, Russian space agency Roscomos announced that the capsule had "successfully launched into orbit".

NASA administrator Jim Bridenstine confirmed on Twitter that the crew were "safely in orbit" and thanked the US and Russian teams "for their dedication to making this launch a success".

The journey to the orbital lab took six hours.

It was the first manned launch for the Soviet-era Soyuz since 11 October, when a rocket carrying Russia's Aleksey Ovchinin and US astronaut Nick Hague failed just minutes after blast-off, forcing the pair to make a harrowing emergency landing.

They escaped unharmed, but the failed launch - the first such incident in Russia's post-Soviet history - raised concerns about the state of the Soyuz programme.

The Soyuz is the only means of reaching the ISS since the United States retired the space shuttle in 2011.

Kononenko, McClain and Saint-Jacques smiled and gave thumbs up to the cheering crowd including relatives as they ascended into the Soyuz capsule. 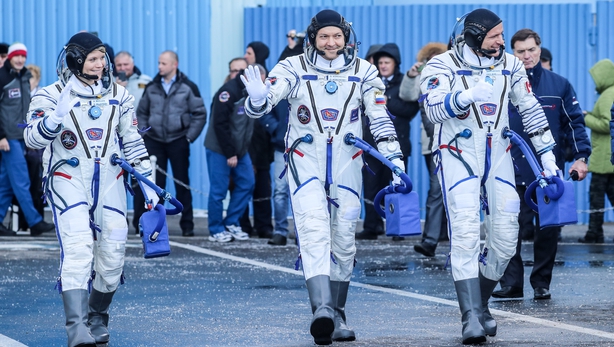 At a press conference on the eve of the launch, crew commander Kononenko said the astronauts "absolutely" trusted teams preparing for the flight.

"Risk is part of our profession," the 54-year-old said. "We are psychologically and technically prepared for blast-off and any situation which, God forbid, may occur on board." 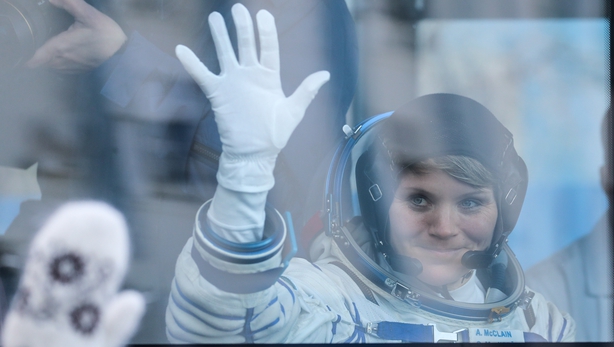 October's accident had highlighted the "smart design of the Soyuz and the incredible work that the search and rescue people here on the ground are ready to do every launch," he said.

In a successful rehearsal for today's flight, a Soyuz cargo vessel took off on 16 November from Baikonur and delivered several tonnes of food, fuel and supplies to the ISS.

Russia said last month the October launch had failed because of a sensor damaged during assembly at the Baikonur cosmodrome, but insisted the spacecraft remained reliable.

While flight commander Kononenko is beginning his fourth mission to add to an impressive 533 days in space, both Saint-Jacques and McClain are flying for the first time. 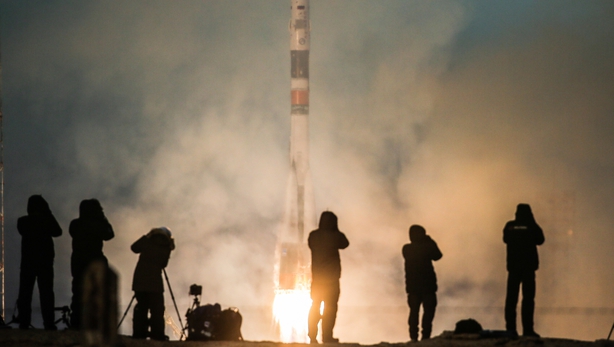 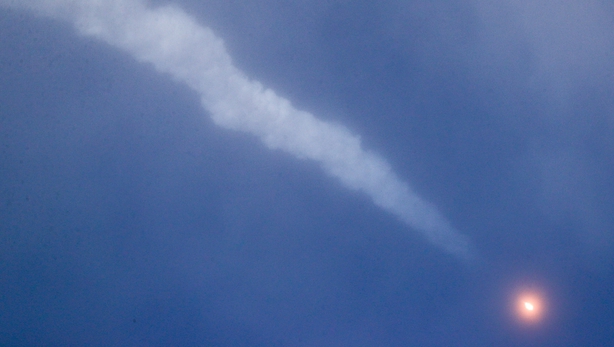 European Space Agency astronaut Alexander Gerst, NASA's Serena Aunon-Chancellor and Sergei Prokopyev of Roscosmos will greet the trio when they arrive at the ISS.

Veteran Kononenko said the crew would conduct a spacewalk on 11 December as part of an investigation into a mysterious hole that has caused an air leak on the ISS.

Among the dozens of experiments the new crew members will be involved in is one led by British scientists that will use worms to examine muscle loss in space.

The experiment could pave the way for new treatments for muscular conditions for people on Earth, according to the UK Space Agency.