The United Nations special envoy to Yemen, Martin Griffiths, has arrived in the Red Seaport city of Hodeidah, witnesses have said.

Hodeidah has become the focus of the war between the Iran-aligned Houthi group, which controls the city, and pro-government forces backed by Saudi Arabia and the United Arab Emirates.

It comes as a spokesperson for the UN told a press briefing in Geneva that it is ready to play a supervisory role in managing Hodeidah.

Mr Griffiths told the UN Security Council last week that Yemen's parties had given "firm assurances" they were committed to attending peace talks he hopes to convene in Sweden before the end of the year.

The UN envoy met with the management of Hodeidah port, an important supply line to the Houthi-controlled capital Sanaa.

Mr Griffiths visited Sanaa yesterday where he met with Houthi leaders to discuss their attendance in the next round of consultations, expected early next month. 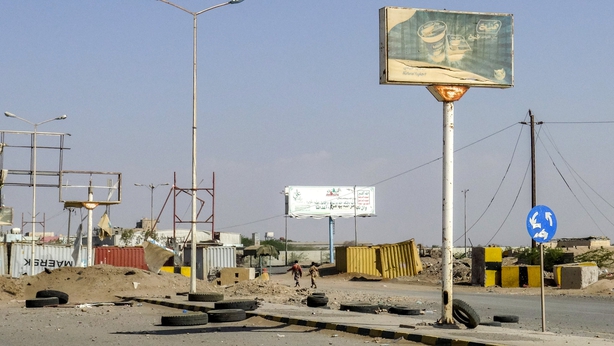 The Saudi-led, Western-backed coalition intervened in Yemen in March 2015 to restore the internationally-recognised government that was ousted from Sanaa in 2014 by the Houthis.

Western countries are pressing for a ceasefire and renewed peace efforts to end the conflict amid international concern that half the population, or some 14 million people, could soon be on the brink of famine.

The last available figure from the UN for the death toll from the conflict, seen as a proxy war between Saudi Arabia and Iran, was in 2016 and stood at more than 10,000.

An estimated 85,000 children under five may have starved to death in Yemen since 2015, Save the Children said yesterday.

Read: Too weak to cry: The children of Yemen