The 12 Thai boys and their coach, trapped in a cave are not yet ready to make the complex dive out, the commander of the rescue mission said this evening, although forecast heavy rains could speed up their extraction attempt.

"The boys are not suitable...(they) cannot dive at this time," Narongsak Osottanakorn, who is leading the operation, told reporters.

"Now the problem is the children's readiness to dive."

Mr Narongsak, a former governor of northern Chiang Rai province where the cave is located, said there were no plans to pull the boys and their coach out overnight but if monsoon rains fell and water rose in the Tham Luang cave over the coming days they could change their plans.

Thailand's Navy SEAL commander earlier said rescuers may have "limited time" to attempt the tricky job of getting the group out, the first official admission that waiting out the monsoon period in the cave may not be possible.

But the path to freedom is hugely dangerous for the boys, some of whom are unable to swim and have no scuba experience in an environment with low visibility that confounds even the most skilled. 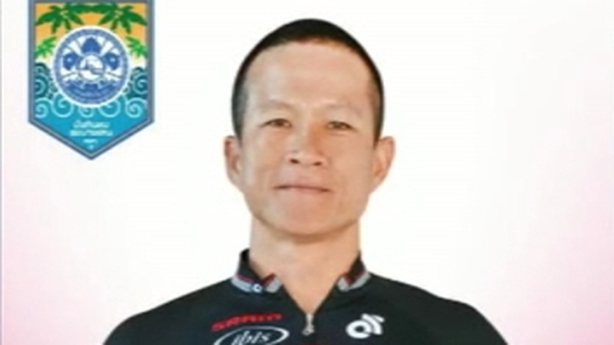 A former Thai military diver has died while helping in the operation to rescue 12 boys and their football coach trapped inside a flooded cave, highlighting fears over the painstaking bid to extract the youngsters.

His death raises serious doubts over the safety of attempting to bring the group out the same way, through cramped passageways deep inside the waterlogged cave.

Many of the boys - aged between 11 to 16 - are unable to swim and none have diving experience.

The diver, identified as Saman Kunan, was coming back from a location inside the Tham Luang cave where the youngsters and their football coach were found on Monday.

"On his way back he lost consciousness," said Thai Seal commander Apakorn Yookongkaew, adding that his friend tried to help bring him out. "We lost one man, but we still have faith to carry out our work."

The diver's mission was to bring oxygen tanks and carry lines along the passageways between a forward operating base and the muddy embankment where the children and coach are sheltering.

Even for expert divers the journey is an exhausting 11-hour round trip.

The accident marks the first major setback for the gargantuan effort, which started almost two weeks ago after the "Wild Boars" team went into the cave in northern Thailand following football training.

Their ordeal has gripped Thailand, with the nation watching and waiting for their safe extraction.

Footage released by the Ruamkatanyu Foundation shows the conditions that the divers are facing inside the cave.

Thousands of messages of support and prayers for the team have been said on social media, while the global media has massed at the cave entrance.

But the unprecedented rescue mission has been dogged by the threat of rains.

Forecasted downpours have held off, giving a glimmer of respite to the rescue workers who are pumping out the water, whilst plotting the complicated extraction plan.

The team have been receiving basic training in breathing and managing diving equipment in case the order to evacuate is given.

But authorities are reluctant to allow them to dive out of the cave, given the extreme risks.

Other options under consideration are waiting out the monsoon, which could take months, or climbing out through a crack in the rock face, if one can be found.

Football stars urged the boys to "stay strong" as messages of support and concern poured in.

Players from Brazil legend Ronaldo to England's John Stones said they were closely following attempts to rescue the team, whose ordeal coincides with the World Cup in Russia.

"It is terrible news and the world of football hopes that someone can find a way to take these kids out of there," said Ronaldo at a FIFA media event, according to CNN.

FIFA president Gianni Infantino invited the football team to the World Cup final saying he hoped they would be rescued in time to watch the final in Moscow on 15 July.

"If, as we all hope, they are reunited with their families in the coming days and their health allows them to travel, FIFA would be delighted to invite them to attend the 2018 World Cup final as our guests," he wrote in a letter to the head of the Football Association of Thailand.

"I sincerely hope that they will be able to join us at the final, which will undoubtedly be a wonderful moment of communion and celebration."

Liverpool manager Jurgen Klopp told the team, "You'll never walk alone", quoting the motto of the English side which has a large following in Thailand.

"Stay strong and know we are with you," Mr Klopp said in a video message sent to CNN.

"We are following all the news and hoping every second that you see daylight again. We are all very optimistic that it will happen, hopefully in minutes, hours or the next few days."

"We are hoping every second that you see the daylight again. You'll never walk alone."

Liverpool boss Jürgen Klopp has delivered a message of hope to the Thai football team trapped in a cave.

Mr Stones said he had been discussing the cave rescue with his England teammates ahead of their World Cup quarter-final against Sweden.

"I've been speaking about it with a few of the boys," the defender said, according to British media. "It's so sad to see where they are and we hope they get out safe and sound."

Croatia's football authority said it was "awed" by the team's calm under pressure.