North Korean leader Kim Jong-un and his wife, Ri Sol-ju, were among the hundreds in Pyongyang yesterday watching South Korean K-pop singers perform in the North for the first time in more than a decade as tensions between the old rivals thaw.

It was the first time a North Korean leader had attended a South Korean performance in the North's capital.

Mr Kim was seen clapping in tune to some of the songs and took photographs with the performers after the show.

"Our dear leader comrade said his heart swelled and he was moved by the sight of his people deepen their understanding of South Korean popular culture and cheer with sincerity," the North's KCNA state media said.

The North Korean audience clapped, cheered, sang along to some of the songs and later presented the South Korean performers with bouquets.

"(Kim Jong-un) showed much interest during the show and asked questions about the songs and lyrics," Culture Minister Do Jong-whan told reporters after the show.

Yesterday's performance coincided with the start of annual joint South Korean-US military drills, which have previously been met with denunciations and missile launches by the North,and were delayed and shortened this year in order not to overshadow the Olympic detente.

The recent thaw in relations, which could even lead to a summit between Mr Kim and US President Donald Trump in May, follows months of increased tensions after North Korea conducted missile launches and a nuclear test last year in defiance of United Nations Security Council sanctions.

The concert was held under the title 'Spring is Coming' at the East Pyongyang Grand Theatre, performed by an elite line-up of South Korean artists

The two-hour event, along with a separate taekwondo performance earlier in the day, came as South Korea's engagement with North Korea has grown since Mr Kim expressed his willingness for more contact between the two countries. 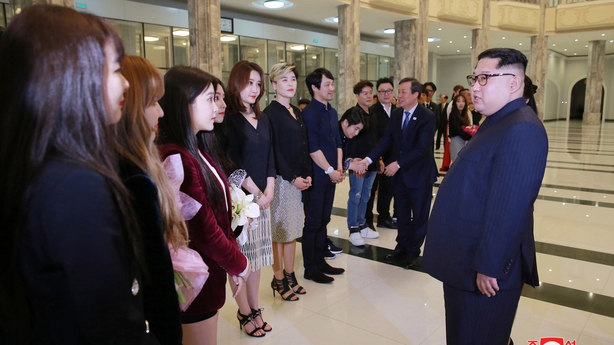 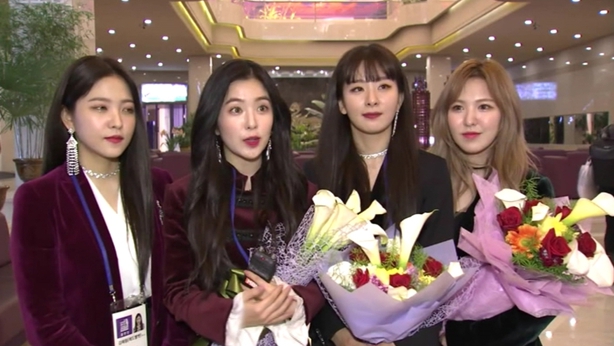 Athletes from North and South Korea marched under a unified peninsula flag at the opening ceremony at the Pyeongchang Winter Olympics in February.

The significant thaw in the inter-Korean relations has led them to set a date for their first summit in more than a decade on 27 April.

The two Koreas are technically still at war after the 1950-1953 conflict ended with a ceasefire rather than a peace agreement.