South Korea has offered talks with North Korea amid a standoff over its weapons programmes.

It comes a day after North Korean leader Kim Jong-un said he was open to negotiations, but that his country would push ahead with "mass producing" nuclear warheads.

The offer for high-level talks next Tuesday had been discussed with the US, the South's unification minister said.

He said a decision on whether to push back a massive joint military drill between South Korea and the US until after the Winter Olympics was pending.

Tension has been rising over North Korea's nuclear and missile programmes, which it pursues in defiance of years of UN Security Council resolutions, with strong rhetoric coming from both Pyongyang and the White House.

The North sees the regular war drills between the South and the US as preparations for war. 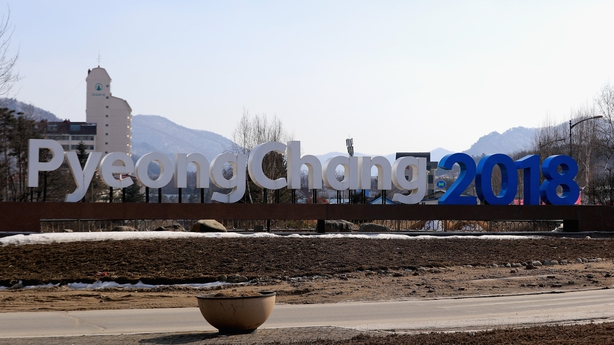 "We look forward to candidly discussing interests from both sides face-to-face with North Korea along with the North's participation in the Pyeongchang Winter Olympics," Unification Minister Cho Myong-gyon told reporters.

"I repeat, the government is open to talking with North Korea, regardless of time, location and form."

Mr Cho said he expects the dialogue at the border village of Panmunjom, if it happens, to be focused on North Korea's participation at the Olympics, but other issues would likely arise, including the denuclearisation of North Korea.

Should the talks be held on 9 January, it would be the first such dialogue since a vice-ministerial meeting in December 2015. 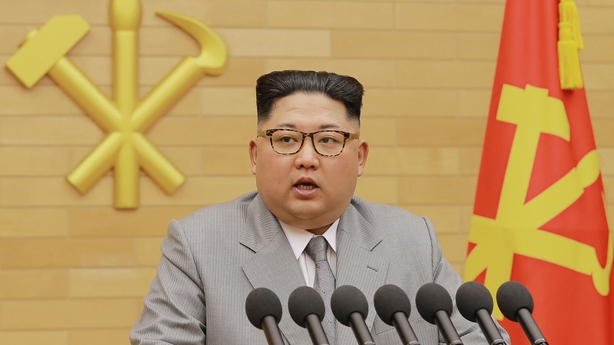 The offer came after a New Year's Day speech by Mr Kim who said he was "open to dialogue" with Seoul, and for North Korean athletes to possibly take part in the Olympics, but he persistently declared North Korea a nuclear power.

After welcoming Mr Kim's address, South Korean President Moon Jae-in had asked his government earlier in the day to move as quickly as possible to bring North Korea to the Olympics.

In a tweet this afternoon, US President Donald Trump said that recent sanctions and "other pressures" were beginning to have a big impact on North Korea.

Sanctions and "other" pressures are beginning to have a big impact on North Korea. Soldiers are dangerously fleeing to South Korea. Rocket man now wants to talk to South Korea for first time. Perhaps that is good news, perhaps not - we will see!