The latest escalation in the stand-off has set the world on edge, with stock markets down and jittery observers now openly pondering whether the risk of nuclear conflict is real.

Here's a look at some of the possible scenarios for how the crisis might play out:

Ely Ratner, a senior fellow for China studies at the Council on Foreign Relations said Mr Trump's language was "irresponsible." but added: "I don't think we are on the brink of nuclear war".

"There's very little indication that what the president said reflects an actual policy decision within the White House to pursue pre-emptive war."

Still, the Pentagon has detailed plans for a potential conflict with North Korea and has spent decades rehearsing some of these with South Korean counterparts.

Options range from limited surgical strikes on nuclear targets to a pre-emptive "decapitation" attack to take out Mr Kim or force a popular uprising that would lead to regime change.

Mr Trump has boasted that the US nuclear arsenal is more powerful than ever before while his Defense Secretary Jim Mattis has said that North Korea would find itself "grossly overmatched" in the event of a full-fledged conflict.

But any sort of military confrontation against a country that has more than one million serving troops would carry enormous risks.

The United States has 28,500 troops in South Korea and Seoul is only about 55km from border with the North, along which Kim has amassed artillery units.

Even limited shelling and rocket fire would likely lead to mass casualties in the city of 10 million and experts warn that any conflict would quickly escalate, risking upheaval of the global economy and huge death tolls.

Mr Mattis has repeatedly warned of devastating consequences, saying it would be "like nothing we have seen since 1953," referring to the end of the Korean War.

The prospect of Mr Kim unleashing one of his nuclear devices only makes the potential outcomes more dire.

The reclusive regime has said it is developing a plan to fire rockets close to US territory Guam. 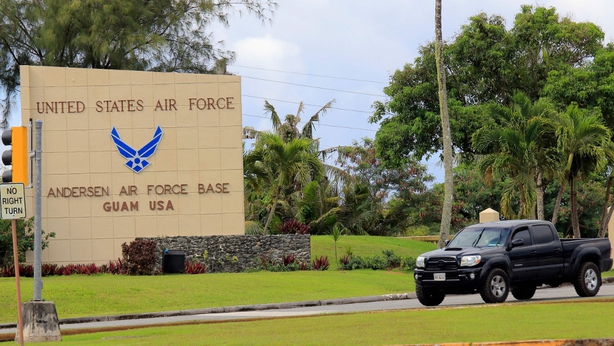 Joel Wit, a senior fellow at the US-Korea Institute at Johns Hopkins University, said the current conversation overstates the prospect of war.

There are a lot of statements going back and forth that are escalating tensions, but in the real world, on the ground, particularly in North Korea but I suspect also in South Korea, life goes on

Mr Kim has not ordered the mobilisation of work forces away from fields or factories, 38 North analyst Joe Bermudez noted, a move that could impact the upcoming harvest.

The UN Security Council at the weekend passed a new set of sanctions against Pyongyang over its weapons programme, including bans on the export of coal, iron and iron ore, lead and lead ore as well as fish and seafood.

The measures were approved unanimously - including by Russia and China, the North's sole major ally.

Their fate hinges largely on China, which accounts for 90% of trade with North Korea but is suspected of failing to enforce past UN measures, even after voting in their favour.

Mr Trump has repeatedly tried to pressure China into taking a harder line on North Korea, but Beijing is fearful of a collapse of Mr Kim's regime.

Ely Ratner said the North Korea issue is front and centre in Beijing and suggested China is "probably more willing to evolve (than) where they've been in the past."

Back to the negotiating table

North Korea has reportedly produced a nuclear warhead small enough to fit on its rockets, leading some to say the time for military action has already passed.

"There's no room for anything else other than diplomacy," said Jeffrey Lewis, arms control expert at the Middlebury Institute of International Studies.

Through the 2000s, six-party talks among China, Russia, Japan, South Korea, North Korea and the US appeared to draw Pyongyang, then under the rule of Kim's father Kim Jong-Il, toward some level of outside nuclear monitoring and a possible slowdown in its programme.

But that process collapsed in 2009.

In recent years Pyongyang has said it was willing to talk without preconditions, while Washington has demanded it first take tangible steps towards denuclearisation.

North Korea says it will never put its weapons programmes up for negotiation unless the United States drops what it calls its "hostile policy" against it.