A chunk of ice bigger than Co Galway is hanging by a thread from the West Antarctic ice shelf, satellite images have revealed.

When it finally calves from the Larsen C ice shelf, one of the biggest icebergs in recorded history will be set adrift.

The ice measures 6,600 square kilometres in total, according to the European Space Agency, comfortably bigger than Galway, which measures 6,149km.

The iceberg's depth below sea level could be as much as 210 metres, or about 60 storeys, the ESA said.

"The crack in the ice is now around 200km long, leaving just five kilometres between the end of the fissure and the ocean," the ESA said in a statement.

"Icebergs calve from Antarctica all the time, but because this one is particularly large its path across the ocean needs to be monitored as it could pose a hazard to maritime traffic."

Scientists tracking the berg's progression expect it to break of within months.

The Larsen C shelf will lose more than 10% of its total surface area. 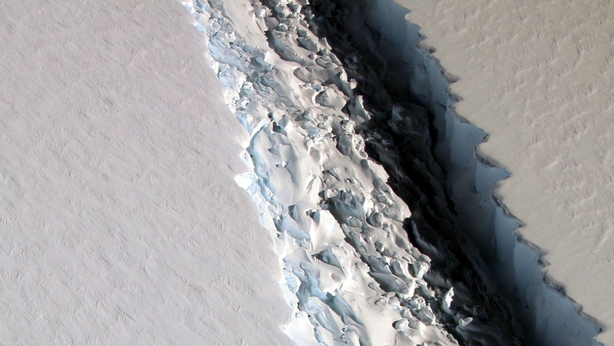 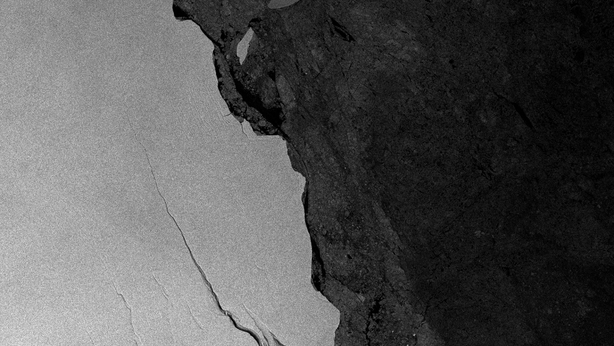 The massive ice cube will float in water and by itself will not add to sea levels when it melts.

The real danger is from inland glaciers.

Ice shelves float on the sea, extending from the coast, and are fed by slow-flowing glaciers from the land.

They act as giant brakes, preventing glaciers from flowing directly into the ocean.

If the glaciers held in check by Larsen C spilt into the Antarctic Ocean, it would lift the global water mark by about 10cm, researchers have said.

The calving of ice shelves occurs naturally, though global warming is believed to have accelerated the process.

Warming ocean water erodes the underbelly of the ice shelves, while rising air temperatures weaken them from above.

The nearby Larsen A ice shelf collapsed in 1995, and Larsen B dramatically broke up seven years later.

The ESA is keeping an eye on Larsen C with its Copernicus and CryoSat Earth orbiters. 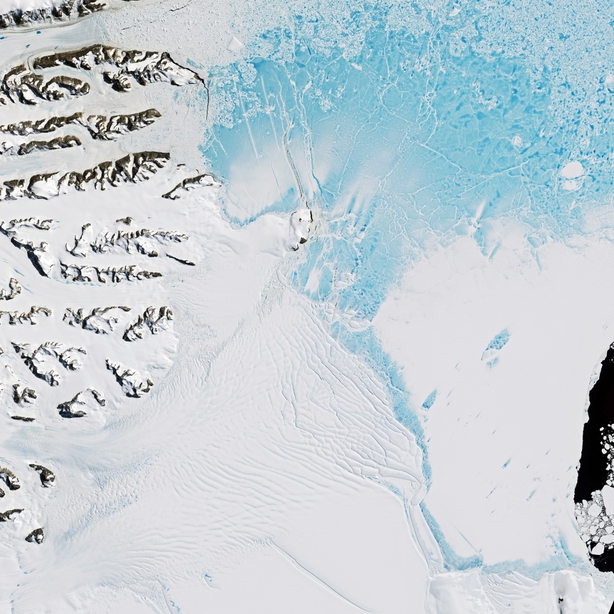 Antarctica is one of the world's fastest-warming regions.

The world's nations undertook in the Paris Agreement, inked in 2015, to cap average global warming at "well under" 2C.