A spokesman for Central Manchester University Hospitals NHS Trust said 32 people are still being treated following the attack in which 22 people were killed.

The youngest victim was eight-year-old Saffie Roussos, whose mother is among those injured.

Queen Elizabeth earlier visited a hospital in Manchester where medics battled to save the lives of children caught up in the attack.

She met victims at Royal Manchester Children's Hospital and staff who worked tirelessly through the night in the aftermath of the atrocity.

Twelve children under the age of 16 - among the 64 casualties - were taken to the hospital following the attack.

The Queen condemned the attack during her visit telling 14-year-old Evie Mills and her parents: "It's dreadful. Very wicked. To target that sort of thing."

Evie, from Harrogate, had got tickets to the concert as a birthday present.

The Queen told her she thought Ariana Grande was a "very good singer", adding: "She sounds very, very good."

She told Evie's parents that "everyone is united" following the attack.

She described the atrocity as "very alarming". "It's not something you expect at all," she said to David Robson, who was waiting at the exit of the arena for his daughter Millie when the bomb exploded.

The Queen asked Millie, who suffered injuries to her legs, if she had enjoyed the concert before the attack - prompting the teenager to reveal she had won two VIP passes and met the singer backstage.

She later described how she was walking to meet her dad in the foyer of the arena "and it just went off behind me.

"I just remember the explosion in my ears - it just started ringing for ages. People were screaming".

Millie described how her father rushed to help her and worked to stop the bleeding where the impact of the shrapnel had created "holes" in her legs.

The Queen described her shock at the targeting of young victims as she met several groups of clinicians, doctors, nurses and porters - all of whom had contributed to the emergency effort.

"The awful thing was that everyone was so young. The age of them," she told one member of staff. 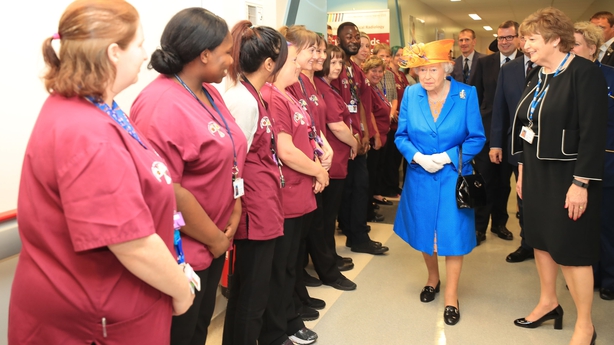 Her visit came shortly after staff gathered outside the hospital for a minute's silence, when they remembered those who had lost their lives, before bursting into spontaneous applause.

A Tyrone man injured in the attack is recovering having undergone surgery for his injuries.

Tommy McCollum is orginally from Cookstown, but has lived in Manchester for a number of years.

He was at the Arena to collect his stepdaughter who had attended the concert.

Sean Hackett, President of the GAA in Britain, has passed on the best wishes of the organisation to Mr McCollum and his family.

Mr Hackett is based in Manchester where an estimated 35% of the population is thought to have Irish roots.

A minute's silence was held across the UK in remembrance of all those who lost their lives in the Manchester concert bombing.

Thousands of people bowed their heads for a minute of sombre contemplation at 11am, as investigations into the network behind the attack continued. 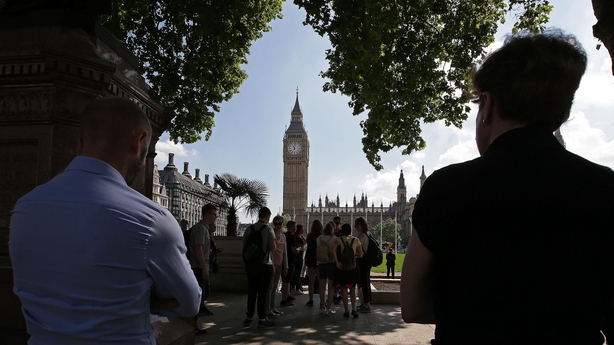 The square in Manchester has become a focal point over the last couple of days, with people laying flowers in the centre and coming together for vigils.

A minute's silence has been held across the UK for victims of the attack in Manchester pic.twitter.com/OD3SpTIIif 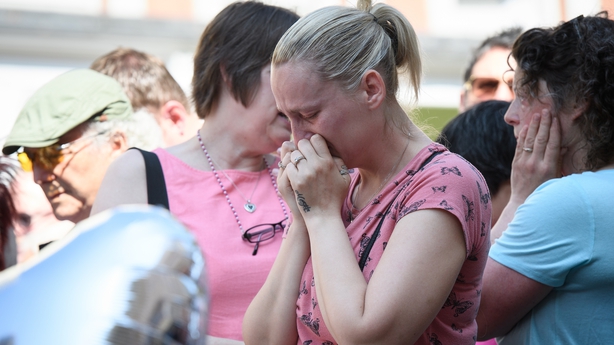 Hundreds of people gathered outside Greater Manchester Police headquarters for the minute of silence, with crowds pouring out of nearby buildings to join the officers.

Other police forces across the country joined in the act of remembrance, with a show of solidarity also taking place at Scotland Yard.

Judges, jurors, lawyers and defendants in the dock all stood in silence as a mark respect.

Tributes continue to pour in for the 22 victims of Monday night's attack.

Charlotte Campbell, whose daughter Olivia died in the bombing, made an emotional address at a vigil last night.

She said: "As a family we're united, we're standing strong. I ask her friends, strangers, relatives to do the same. Please stay together, don't let this beat any of us. Please don't let my daughter be a victim."

"As a family we're united, we're standing strong. I ask her friends, strangers, relatives to do the same. Please stay together." pic.twitter.com/34RzcBCkJ7