The Investigative Committee said in a statement that Djalilov "carried out an explosion" in the carriage of a train travelling between two busy stations yesterday afternoon.

Djalilov's "genetic trace" was also found on a bag containing a second bomb left at another metro station and later defused, the statement said. 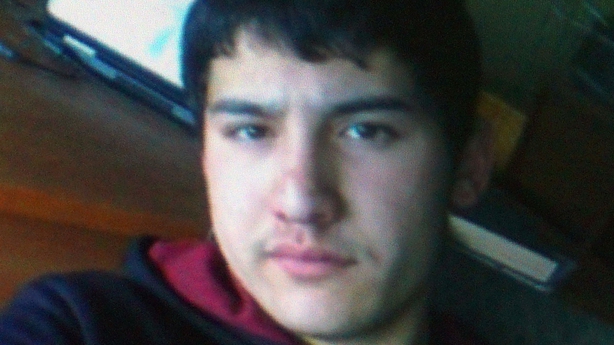 Investigators gave no further details about Djalilov but his name and year of birth coincided with a statement from the Kyrgyz security services which said earlier he was a naturalised Russian citizen originally from Kyrgyzstan.

The remains of the bomber were found at the scene of the blast, but it was not clear if he is included in the official toll of the attack.

Flags flew at half-mast in Russia's second city and flowers and candles piled up at an impromptu memorial outside the metro station rocked by the attack, as authorities beefed up security on the busy underground transport system. 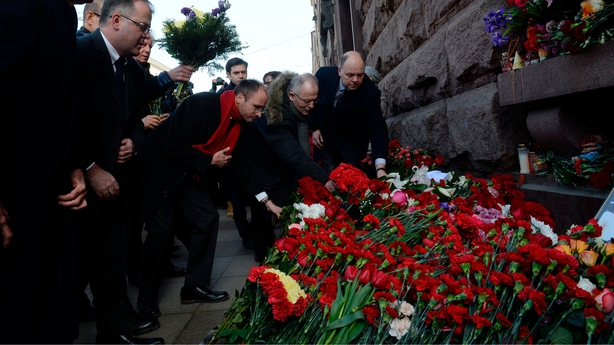 The Kremlin said the bombing was "a challenge to every Russian", including President Vladimir Putin.

The bombing raised jitters ahead of the Confederations Cup football tournament in June, with the opening game and final set to be held in Saint Petersburg as Russia gears up towards hosting the World Cup next year.

Commuters on the busy Saint Petersburg metro remained on edge after the system temporarily shut down yesterday in the wake of the attack.

Mr Putin, who hails from Saint Petersburg, was holding a meeting near the city at the time of the bombing and later yesterday added his own floral tribute at the scene. 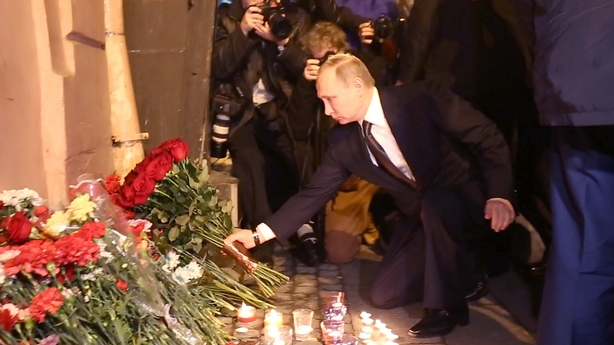 "The fact that the act of terror was perpetrated at the moment that the head of state was in the city is food for thought," Kremlin spokesman Dmitry Peskov said.

There has not been a claim of responsibility for the attack, which came after the so-called Islamic State group called for attacks on Russia in retribution for its military intervention in Syria against the jihadists.

Russia has long been battling an Islamist insurgency in its volatile Caucasus region and has suffered a string of bloody terror attacks over the years.

49 people remain in hospital after attack

Health Minister Veronika Skvortsova said the toll from the blast had climbed from 11 to 14 today as three people succumbed to their injuries, adding that 49 more people remained in hospital.

Those hurt include citizens of Belarus, Kazakhstan and Uzbekistan, as well as Russians from 13 different regions, according to the Saint Petersburg authorities.

The chief of the Saint Petersburg metro, Vladimir Garyugin, said that quick actions by staff prevented a much higher toll and that passengers had helped each other instead of panicking.

The second bomb was an explosive device fashioned from a fire extinguisher and hidden in a bag, he said.

"A metro employee quickly cordoned off the area and called in experts," Mr Garyugin said in televised remarks.

In the wake of the attack Mr Putin spoke to a string of leaders around the globe  -including holding only his second phone call with US President Donald Trump overnight.

Mr Trump offered Putin the "full support of the United States Government," according to a White House statement.

Mr Putin also talked up cooperation in the fight against terrorism with leaders in Germany, France, Turkey and the king of Saudi Arabia.

The attack in Saint Petersburg is the first in several years to hit a major city in Russia.

In October 2015, a bomb attack claimed by IS downed a plane carrying holidaymakers back to Saint Petersburg from Egypt in October 2015. All 224 people onboard were killed.

Russian ground transport has also been hit by extremists before, including in the Moscow metro and the Domodedovo airport, where a blast claimed by Islamic insurgents killed 37 people in 2011.

In an apparently unrelated incident, two traffic policemen were killed overnight in the southern city of Astrakhan when unidentified assailants opened fire on them, the regional governor said, calling them "radical Islamists."

If Russian intelligence had known about a possible attack, it would not have happened, he said.

He added: "This kind of terrorism is very difficult to find beforehand. It is quite a global problem."

Ambassador Peshkov thanked the Irish people who have expressed condolences for the tragedy. 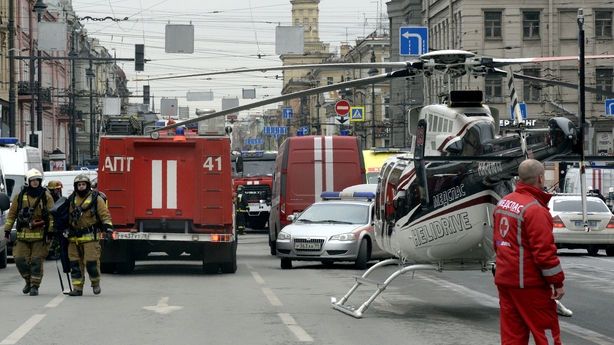 In a statement, Áras an Uachtaráin said President Michael D Higgins has written to the Russian Ambassador to Ireland, asking him to "convey his condolences, and the sympathies of the people of Ireland, to the families of the victims and all those affected by the tragedy in St Petersburg."