North Korea has fired five short-range projectiles into the sea off its east coast, South Korea's military said, amid heightened tension over the isolated country's nuclear and rocket programmes.

The unidentified projectiles were launched from south of the city of Hamhung and flew about 200km, landing in waters east of North Korea.

On Friday, North Korea fired two mid-range ballistic missiles into the sea in defiance of tough new UN and US sanctions imposed on the country following nuclear and rocket tests earlier this year.

"North Korea should refrain from all provocative actions, including missile launches, which are in clear violation of UN resolutions," Sung Kim, the US special envoy for North Korea, said.

In recent weeks, North Korea has threatened preemptive nuclear strikes against Washington and Seoul and firing short-range missiles and artillery into the sea.

North Korean leader Kim Jong Un said last week that the country would soon test a nuclear warhead and ballistic missiles capable of carrying nuclear warheads in what would be a direct violation of UN resolutions that have the backing of North Korea's chief ally, China.

"We hope North Korea does not do anything to contravene UN Security Council resolutions.

"We also hope all sides can remain calm and exercise restraint and avoid doing anything to exacerbate confrontation or tensions," she said. 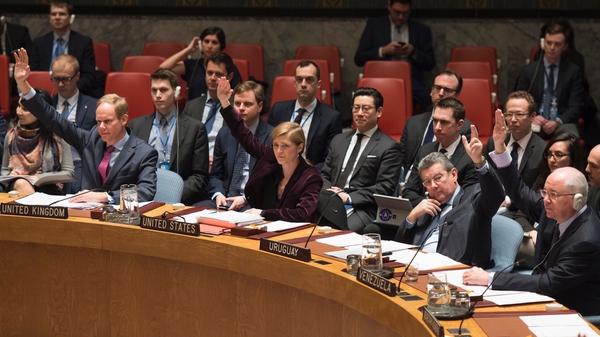