A potential British exit from the European Union would be a "shock" that ranks among rising downside risks and vulnerabilities for the world economy, G20 finance ministers said today after a meeting in China.

The issue, which will be put to British voters in June, was cited in the seventh line of a communique, highlighting its importance to the officials meetings in Shanghai.

British finance minister George Osborne pushed to include the risk of Britain leaving the European Union onto the list of risks to the global economy agreed by financial leaders of the top 20 economies, G20 officials said.

Britain will vote in a referendum in June whether it wants to remain part of the 28-nation EU.

British Prime Minister David Cameron negotiated a special status for Britain in the bloc last week to help convince Eurosceptics that continued membership would benefit the UK more than leaving would.

The risk of Britain exiting the EU, dubbed "Brexit", was not in the original draft of the communique of finance ministers and central bankers of the top 20 economies, but was added on the insistence of Britain, G20 officials said.

The final G20 communique, lists "a shock of a potential UK exit from the European Union" as one of the risks to the global economy, alongside with volatile markets, cheap commodities and the migration crisis.

"It was the British who called for it, but it did not meet with opposition," one G20 official said. "Everyone around the table would rather avoid a shock of that sort at such a fragile time for the global economy," the official said.

Some G20 officials also saw the inclusion of the line on Britain in the communique as a way to draw attention to the negative consequences of exiting the EU to support Mr Cameron's campaign to stay in.

Italian Finance Minister Pier Carlo Padoan said that a decision by Britain to leave the EU would have negative global consequences. 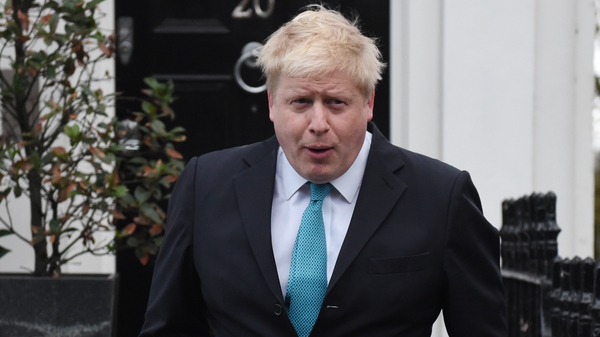