The High Representative of the European Union for Foreign Affairs and Security Policy, Federica Mogherini, said that if the EU merely relied on national responses to a European issue, "the crisis will get worse, with chain reactions from public opinion and national governments".

To prevent this, she said, the bloc needed to be equipped with "instruments up to the challenge" without which, she warned, "there is the risk of disintegration".

The comments came a day after Austria announced plans to build a fence at a major border crossing with fellow EU state Slovenia to "control" the migrant influx.

The move would be a blow to the bloc's cherished passport-free Schengen zone.

After hastily arranged talks between European Commission President Jean-Claude Juncker and Austrian Chancellor Werner Faymann, the two issued a statement stating that "fences have no place in Europe".

Meanwhile, Minister of State at the Department of Justice Aodhán Ó Ríordáin has said there has been an rise in the number of asylum cases being processed here because the department has been given more resources to help staff process the applications.

He told RTÉ's Today with Sean O'Rourke programme there were a number of cases of people who remain in direct provision but are unable to leave because they cannot get housing or other resources.

Mr Ó Ríordáin said the citizens information bureau has been asked to take on the job of assisting people with contacts and information on a long-term basis.

He said that he wanted people to know that the issue around direct provision has not been forgotten and he is working hard to resolve it. 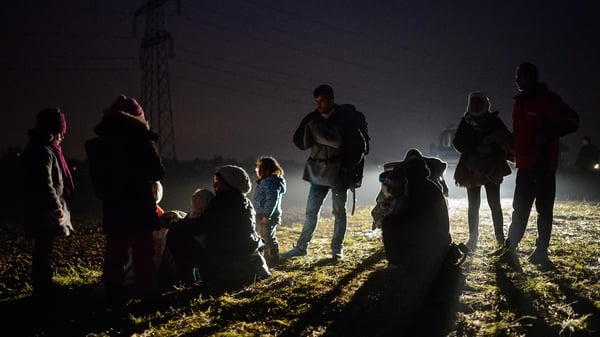