Francesco Schettino, the captain accused of causing the 2012 Costa Concordia disaster, has given evidence in his trial for manslaughter, causing a shipwreck and abandoning his ship and passengers.

It is the first time since the trial was formally opened in July 2013 that prosecution lawyers have had the opportunity to quiz the 54-year-old over the events of the night of January 13-14, 2012 and the contradictory statements he subsequently made about them.

A theatre in the Tuscan town of Grosetto, Italy is being used as a temporary courtroom.

His appearance comes a month after the body of the last missing victim of the disaster was recovered from the salvaged wreck of the cruise ship, which is now being dismantled for scrap in Genoa.

The victim, Indian waiter Russel Rebello, was one of 32 passengers and crew who died after the Concordia struck an outcrop of rocks off the holiday island of Giglio and rolled onto its side.

The hulking vessel, which was twice the size of the Titanic and was moving at a brisk 16 knots, had 4,229 people from 70 countries on board.

The ship's owners and the coastguard agree it should never have come anywhere near the rocks it struck at 9.45pm that evening.

Holed below its waterline on impact, the giant vessel slowly lumbered one way, then the other before finally sinking and settling, half-submerged on the sea-bed on its starboard side.

Mr Schettino's employers have accused him of making an "unapproved and unauthorised" deviation from the ship's planned route, which took him fatally close to the coastline in a reckless attempt to deliver a "salute" to the island for the benefit of people watching on shore and for the passengers. 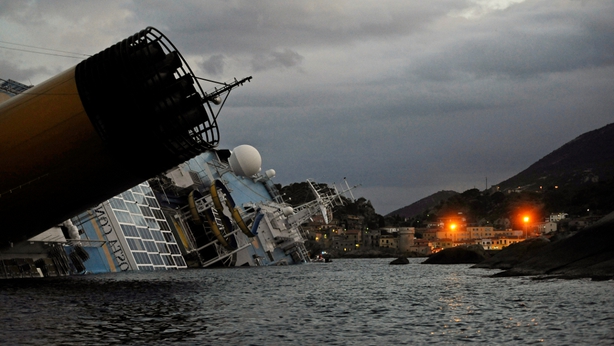 Transcripts from the black box voice recorder on the ship's bridge revealed that shortly after the crash, a clearly distraught Mr Schettino declared: "Madonna, what have I done?"

It was the recordings of the skipper's conversations with the local coastguard, however, that were chiefly responsible for the ignominious reputation he now enjoys.

Only 29 minutes after he had given the order to passengers and crew to evacuate, and with lifeboats still dotting the surrounding waters, Mr Schettino himself left the vessel with hundreds of those onboard still unaccounted for.

He later rebuffed a furious coastguard officer's order that he return out of respect for both the law and centuries-old sailors' code.

Mr Schettino's defence is expected to argue that their client cannot be held entirely responsible for the Concordia deaths because the maps available to him did not show the rocks that he struck and nor were they detected by the ship's navigation systems.

The Concordia was owned by Italian cruise operator Costa Crociere, which is a subsidiary of the British-American group Carnival Corporation. 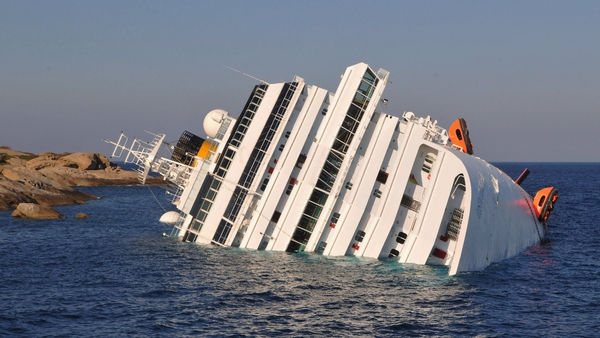