Remains of the last person still listed as missing in the collapse of a Miami-area apartment block last month have been recovered and identified, Miami-Dade County Mayor Daniella Levine Cava has said.

It brings the final confirmed death toll to 98.

The remains were found by search teams on 20 July, and medical examiners had been working since then to positively identify the victim before making the announcement, officials said.

The Miami-Dade fire department's round-the-clock search for additional victims at the beachfront site of the Champlain Towers South apartment block, in the Miami suburb of surfside, ended last week.

Speaking at a news conference, Ms Levine Cava called the search-and-rescue efforts in Surfside "the largest non-hurricane emergency response in the history of our state."

"Today I can report, because of the sustained heroic efforts, the last remaining missing person has now been accounted for and identified and the family notified," the mayor said.

No further victims are believed to be trapped in the rubble, but police will continue to sift through the debris for additional remains of those who died and for their personal effects to return to loved ones, Ms Levine Cava said. 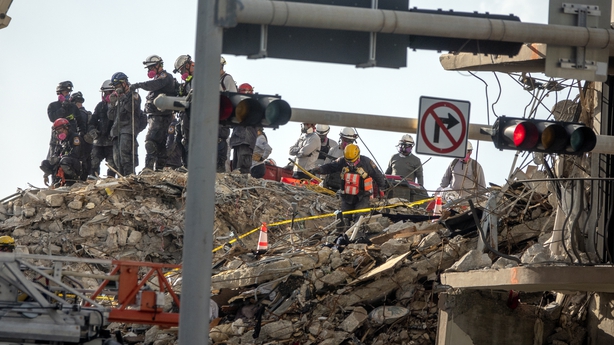 After the removal of thousands of tons of rubble, all that remains of the building north of Miami beach are a few foundation walls.

While the exact reason for the collapse remains unknown, preliminary findings have shown some of the tower's structure appeared degraded.

The rest of the building was brought down in a controlled explosion on 4 July to allow for the recovery operation to continue.

A memorial honouring the victims may be built on the site of the disaster, officials said last week.