The US Capitol building in Washington DC has been overwhelmed by mobs of Trump supporters, with reports of one person being shot during skirmishes between rioters and police.

Here is what we know so far about the incident:

- President Donald Trump addressed thousands of supporters at a rally near the White House before chaos ensued, promising to "never concede" that he had lost before Congress met today to certify Democrat Joe Biden's presidential win. 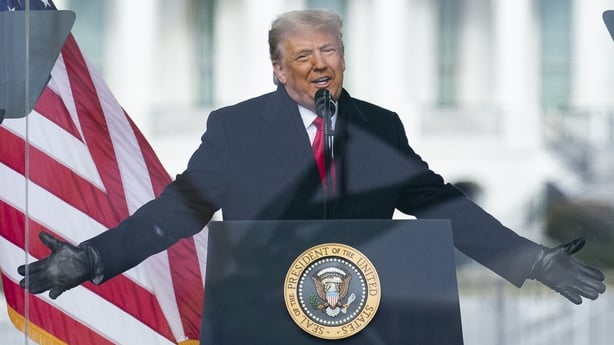 - After Mr Trump seemingly egged them on to march to Capitol Hill, supporters breached barricades and fought past police to storm into the building, forcing Congress to halt the voter certification process.

- As rioters shouted and waved Trump and American flags while marching through the halls, people inside the building were directed to duck under their seats for cover and put on gas masks after tear gas was used in the Capitol Rotunda. 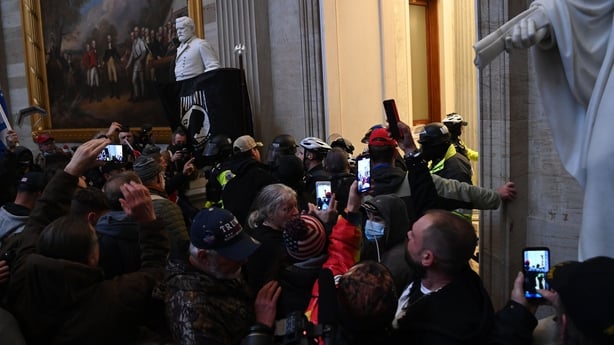 - One person was reportedly shot during skirmishes between police and Trump supporters.

- As pressure mounted on President Trump to condemn supporters as they clashed with law enforcement, he tweeted: "I am asking for everyone at the US Capitol to remain peaceful. No violence! Remember, WE are the Party of Law & Order - respect the Law and our great men and women in Blue. Thank you!"

I am asking for everyone at the U.S. Capitol to remain peaceful. No violence! Remember, WE are the Party of Law & Order – respect the Law and our great men and women in Blue. Thank you!

- The Department of Homeland Security said additional federal agents were sent to the US Capitol to help quell violence, with officers from the Federal Protective Service and US Secret Service to assist US Capitol Police.

- Addressing the nation, Mr Biden said that democracy is "under an unprecedented assault" and demanded that President Trump make a televised address calling on his supporters to cease the violence.

I call on President Trump to go on national television now to fulfill his oath and defend the Constitution by demanding an end to this siege.

- The riots have been condemned by numerous US and UK politicians, including British Prime Minister Boris Johnson who described the "disgraceful scenes", adding: "The United States stands for democracy around the world and it is now vital that there should be a peaceful and orderly transfer of power."

- In a video posted on Twitter, President Trump asked his supporters to "go home", claiming the results of the election were fraudulent and he feels their "pain".

- Quoting police sources, AFP and Reuters have reported that a woman who was shot during the protests has died.