Former Ireland rugby international Trevor Ringland has been appointed by the British government as the first special envoy to the United States for Northern Ireland.

The announcement was made this morning by Northern Secretary Brandon Lewis.

Sinn Féin has strongly criticised the move as the Stormont Executive was not consulted or informed before the announcement.

Trevor Ringland, a solicitor, made 31 appearances in the green jersey and toured New Zealand with the British and Irish Lions in 1983. He also played for Ulster and Ballymena.

In a statement, Mr Lewis said the appointment "reflects the UK Government's enduring commitment to the peace, prosperity and stability of Northern Ireland".

Ulster Unionist leader Doug Beattie welcomed the move, describing it as "a fantastic position and opportunity for Northern Ireland".

He said: "Trevor has a unique understanding of relationships across communities and business in Northern Ireland.

"He is a strong advocate for the union and a unionism that is all-encompassing and reaches out across the divide."

But Sinn Féin's leader in Northern Ireland and Deputy First Minister Michelle O'Neill said the decision by Mr Lewis to unilaterally make such an appointment without consulting the Stormont Executive "smacks of Tory arrogance and disrespect".

"That is not an acceptable way of doing business," she said in a statement.

"The Executive has a permanent diplomatic mission based in Washington DC which comprises civil servants under the auspices of The Executive Office."

In his statement, the Northern Secretary said Mr Ringland's role will include working with US firms and investors to build on established links and supports Northern Ireland's long term economic development.

Mr Ringland said he was honoured to take up the role on behalf of the UK Government.

"I very much look forward to supporting the Secretary of State for Northern Ireland in ensuring the UK Government's policies on Northern Ireland are well represented to the US audiences and playing my part in forging deeper political, social and economic ties between our two countries," he added.

Northern Ireland First Minister Arlene Foster said in a tweet that she wished Mr Ringland "every success in this new role".

"I hope he can help some in the US understand better the views of people in NI and our place within the UK," she said. 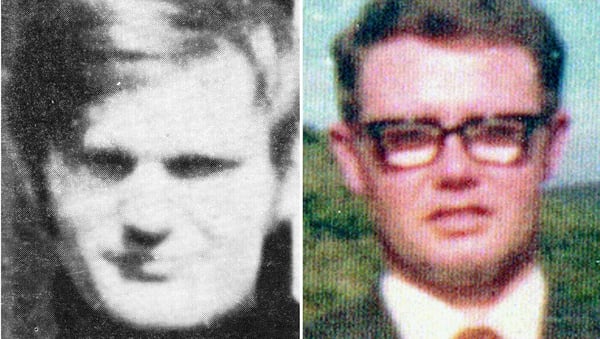