"When the law makers become the law breakers, there is no law."

The words of Carmel Quinn, who has waited almost half a century for this day.

A coroner in Belfast, Mrs Justice Siobhan Keegan, today delivered the findings of her inquests into the deaths of 10 people in the Ballymurphy area of west Belfast over the three-day period of 9-11 August 1971.

Carmel's 20-year-old brother John Laverty, one of a family of 12 children, was one of them.

On 10 August, he carried his eight-year-old sister to their local community centre to catch a bus evacuating women and children to Kildare army base, telling her he would see her again in a few days' time. She never spoke to him again. The day after she was taken to safety, John died after being shot in the back.

There was chaos and mayhem in many nationalist areas of Northern Ireland at the time following the introduction of internment without trial. Mass arrests led to widespread rioting and the British Army’s Parachute Regiment was sent into Ballymurphy with disastrous consequences.

The others who died included Joan Connolly, a 44-year-old mother of eight children, and Fr Hugh Mullan, a 38-year-old priest killed while helping a wounded parishioner despite waving a white flag.

"He didn't deserve that. He was killed trying to help somebody," says his 81-year-old brother Patsy. "The truth, all we're interested in is the truth, we need truth."

Nobody has even been charged or convicted in connection with any of the killings, which the families refer to as "the Ballymurphy Massacre".

While loyalist paramilitary organisation the UVF claimed during the inquests that some of its members may have been responsible for some of the killings, and the Queen's Regiment was in the area at the time of two of the shootings, the families believe all the victims were shot by British paratroopers.

"There must be accountability, you know," says Carmel Quinn. "You can't come in and totally destroy a family, fracture a family that will never recover, and the other families, and have no accountability for the state. The state was responsible."

Grief was compounded by claims by the British Army that the deaths were the result of gun battles and that those who died had been armed members of the IRA.

The families and their legal teams fought a long campaign for these hearings, dismissing brief coronial probes in 1972 as inadequate. 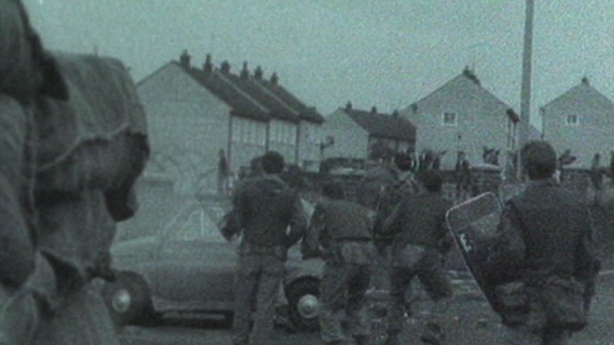 The court heard from more than 100 witnesses over more than 100 days of hearings during a 16-month period. Witnesses included over 60 former British soldiers with General Mike Jackson, former head of the army and chief of the general staff, the most senior to testify.

Solicitor Pádraig Ó'Muirigh backed the campaign for these inquests and represented the families throughout the hearings.

Mr Ó'Muirigh said he was "absolutely confident" that the findings would vindicate the families who had always maintained that their loved ones were innocent.

The families of those killed in Ballymurphy, like hundreds of others across Northern Ireland, were angered and alarmed by newspaper reports last week that the British government may introduce a ban on prosecutions for killings during the Troubles.

Pádraig Ó'Muirigh is strongly opposed to any such move. He says former soldiers involved in the killings in Ballymurphy should be prosecuted if there is evidence that they acted unlawfully.

He also believes the lack of proper investigation into the killings at the time contributed to an air of impunity around the Parachute Regiment, whose members five months later shot dead 13 civilians on Bloody Sunday in Derry.

It has been argued that police arrests, investigations and prosecutions for the killings in Ballymurphy, and others by British soldiers around the same time, may have prevented further killings, including those on Bloody Sunday.

"There’s no question there was a sense of impunity amongst soldiers, and in particular the regiment involved in Ballymurphy, the Parachute Regiment. This was a brutal regiment, it had an infamous reputation right across the north," Mr Ó'Muirigh says.

"It’s very arguable that cases such as Bloody Sunday which happened just a few months later involving members of the Parachute Regiment, if those cases had been investigated properly, there’s a persuasive that events like Bloody Sunday wouldn’t have happened."

That view is shared by Micheál Smith, a former diplomat with the Department of Foreign Affairs, who now works as a researcher with the human rights organisation, the Pat Finucane Centre. He first met the families of those killed in Ballymurphy when they attended meetings with the department.

"I knew their story and I knew that the story of what had happened in Ballymurphy, the official story, was very wrong."

He has published a book, 'The Impact of the Parachute Regiment in Belfast 1970-1973', during which he says it "left a trail of destruction".

At the time of the Ballymurphy shootings there was an agreement in place preventing soldiers from being interviewed by the RUC. They could only be interviewed by members of the Royal Military Police in what became known as "tea and sandwiches" conversations. Statements were taken from soldiers involved in fatal shootings, often with many striking similarities across many accounts, but no charges followed.

Mr Smith believes that proper investigation and prosecutions at the time could have impacted the behaviour of soldiers, and in particular members of the Parachute Regiment.

"The culture of aggression was endemic, it was fostered by the training in the Parachute Regiment," he says.

"There was also absolutely a culture of impunity. If you engage in a three-day massacre of civilians, and all you get is praise and celebration, it only follows that when you’re told to go in hard on a civilian population elsewhere you’re going to do it.

"These boys had background elsewhere, they were in Aden, they were in Cyprus, so they brought colonial, aggressive techniques to Ireland and imposed them on the civilian population here." 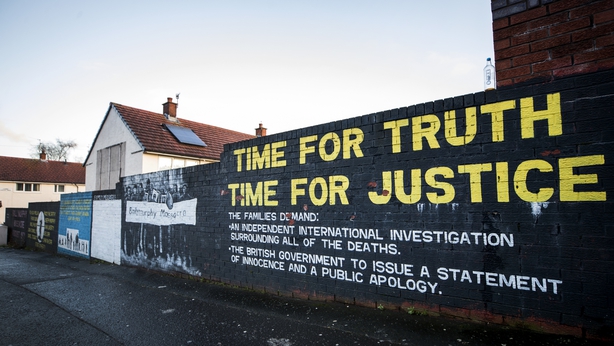 In her inquest findings today, Mrs Justice Keegan concluded that all of the ten people who were shot and killed in Ballymurphy in 1971 were "entirely innocent" and that their deaths were unjustified.

The Ballymurphy families were confident she would answer their many questions, and officially clear their loved ones' names.

Mrs Justice Keegan now has the option to send her findings to the Public Prosecution Service to consider whether to bring charges.

If that happens, pressure will grow on the British government from former military veterans, the Ministry of Defence and unionist politicians to protect those who served in the British Army during the Troubles.

Pressure will also grow from the families and their legal teams for the kind of investigation they say should have taken place almost half a century ago. 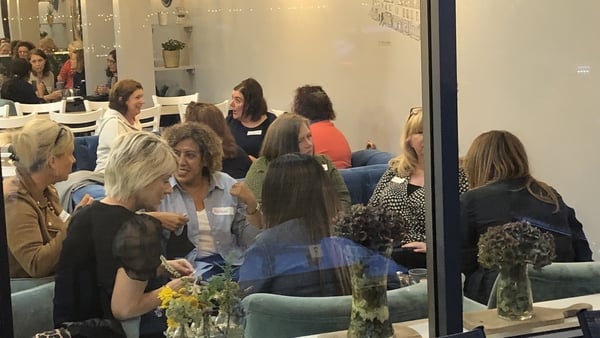