Queues of ambulances have formed outside several hospitals in Northern Ireland as pressure continues to mount on the over-capacity health service.

The scenes unfolded as First Minister Arlene Foster participated in a call with other UK political leaders to review the planned relaxation of restrictions on household gatherings over Christmas.

No decisions were taken, with Stormont ministers set to convene to discuss the situation on Thursday amid intensifying calls from medics to rethink the relaxations and introduce fresh measures to curb the spread of the coronavirus.

At that meeting, Health Minister Robin Swann will propose a series of new restrictions to executive colleagues.

"I will be bringing a paper to the executive on Thursday with a number of recommendations," he told the Stormont Assembly. 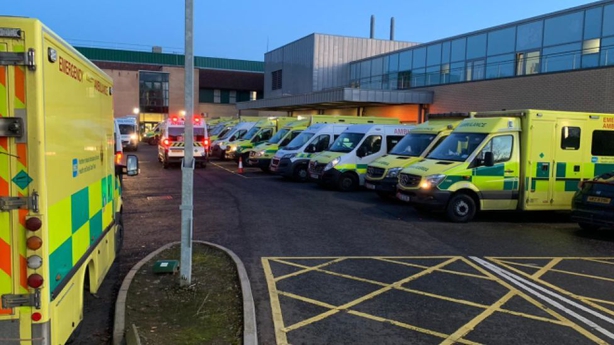 Chief Medical Officer Dr Michael McBride has warned that Northern Ireland now faces one of the most challenging periods of the pandemic after the most recent circuit break lockdown failed to drive down infections.

Hospital capacity across the region stood at 104% today.

At one point outside Antrim Area Hospital, 17 ambulances containing patients were lined up outside the emergency department. Doctors were treating patients in the car park. 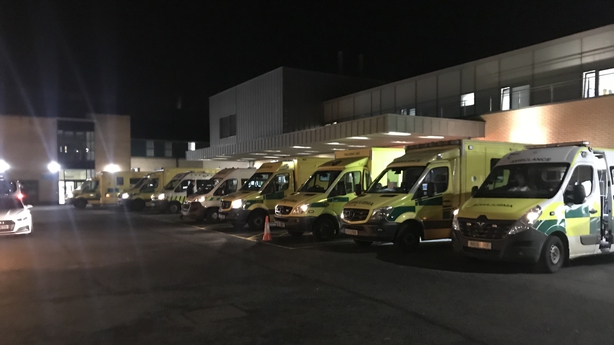 The deaths of a further six people with Covid-19 were announced today, bringing Northern Ireland's toll to 1,135.

Another 486 new cases of the virus were recorded in 24 hours.

Dr McBride said Northern Ireland was not where it needed to be in terms of case numbers at the start of a fortnight of festive relaxations, including a five day period of increased household gatherings over Christmas.

"The circumstances we are currently facing are extremely troubling," he said.

"We are not where we need to be or should be in terms of the transmission of the virus."

Dr McBride said it was important that arrangements for the festive season were "kept under review".

Chief scientific adviser Professor Ian Young said there was no evidence to date to show that the circuit-break had brought down case numbers.

Prof Young said there had instead been two weeks of a "slow and steady increase" in case numbers.

He said data of traffic flow show that many people did not heed the "stay at home" message over the circuit break.

He said the reproduction rate of the virus was "at or a little bit above 1" and "that's certainly not where we hoped it would be".

Prof Young added: "We're seeing a gradual increase in cases at the moment and that will undoubtedly feed through to hospital admissions and in due course critical care occupancy and unfortunately deaths."

"Those increases will come on the top of already high baseline levels in terms of hospital beds being occupied by Covid patients."

Describing the situation at the Northern Trust, Ms Magowan said 43 people were waiting for an emergency bed at Antrim Area Hospital and 21 at the Causeway Hospital this morning. 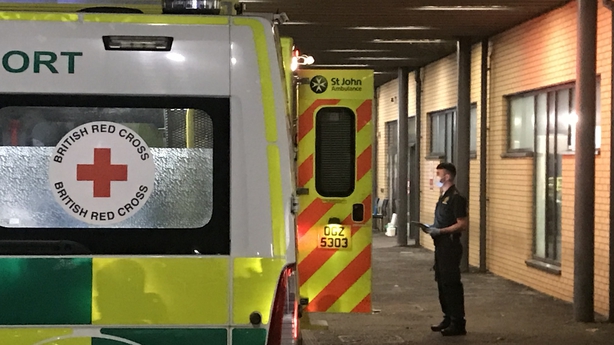 "These are older frail, sick people and unfortunately they are being delayed in ambulances because we simply have no room to bring these patients into our emergency departments," she told the BBC.

"Ambulances need to be out on the ground looking after sick people, they do not need to be queuing outside emergency departments."

Prof Young earlier flagged particular concern about infection rates in Mid and East Antrim council area, which is covered by the Northern Trust.

He said a case prevalence of 313 per 100,000 people was more than 100 cases higher than any other area of Northern Ireland.

Prof Young said the reproduction number was expected to rise "significantly above" 1 during the current period of relaxations. 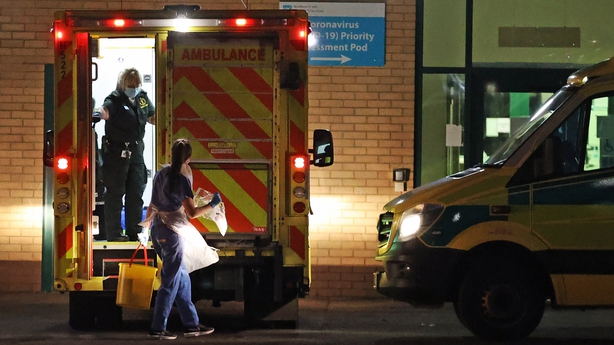 He urged anyone who was planning to take advantage of the relaxations on household gatherings over Christmas to stop socialising now.

"What I'd be saying to anybody who is planning to bubble, particularly if you're going to be seeing an elderly or vulnerable relative, for the next 10 days you should be seeing nobody else," he said.

Dr McBride urged people to avoid socialising or shopping in busy retail spaces ahead of Christmas.

"You know we can't be out and about and socialising, whether it's in restaurants or whether it's doing Christmas shopping and mingling crowds indoors in shopping centres or elsewhere and then feel it's all going to be okay when we meet up with older relatives and people who are clinically extremely vulnerable over the Christmas period. It doesn't add up. That is not how it works."

Dr McBride also confirmed that no cases of the new variant of Covid-19 had been detected in Northern Ireland.

He said there was "no need for alarm" about the emergence of the latest variant. 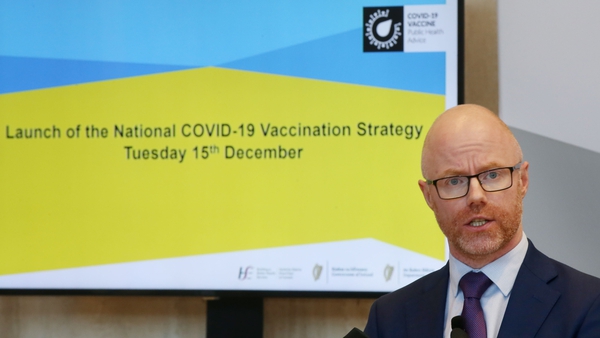