The remnants of an iconic US World War II piston-engined aircraft have been recovered from a field in Co Monaghan.

The twin-engined P38 Lightning aircraft crashed near Castleblayney on 17 December 1942.

The daughter of the pilot plans to visit an exhibition about the aircraft when the wreckage is put on display later this year.

Lieutenant Milo Rundall, a 22-year-old from Iowa in the US, was on his way to the US Airforce base in Derry when he got lost. 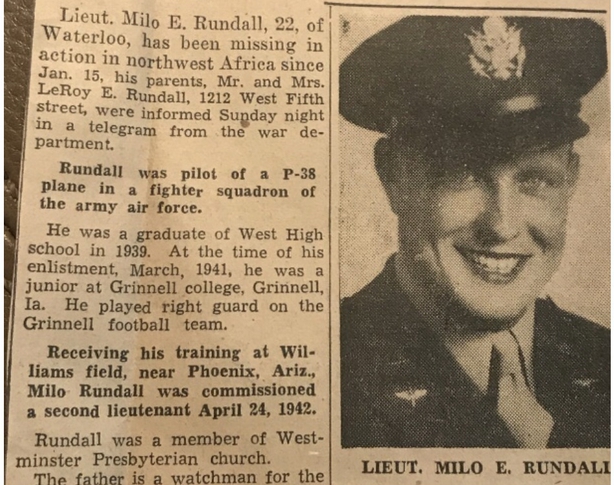 He bailed out when the plane ran out of fuel and landed safely in Northern Ireland.

Within days he was back flying as part of the Allies North Africa campaign against Germany.

His plane, the fastest fighter aircraft in existence at the time, crashed into a field near Castleblayney.

Most of the wreckage was removed by the Irish Army shortly afterwards. But radar surveys conducted by aviation archaeologists from Queen's University earlier his year revealed that some parts of the plane remained buried.

This morning a team of experts and pupils from Foyle College in Derry, where the plane was based, and Ballybay Community College in Monaghan began excavating the site.

After a digger removed a layer of soil, the pupils and archaeologists got to work with trowels, hoes, shovels and metal detectors. Within minutes parts of the plane, including sections of the cockpit, and bullets from its machine guns, began to be recovered.

As part of the project, the pupils have been in contact with experts in Colorado, where the aircraft was manufactured, to identify various parts they hope to find.

"It is very exciting and a tremendous opportunity for these school children," said dig organiser Jonny McNee.

"They are learning about World War Two and you can't learn about things like this from books, there's nothing better than doing history in the field rather than the classroom.

"They have been in contact with the aircraft manufacturers, they have the pilot's recollection of what happened, and the Irish military records of the wreckage being removed, and now they are digging for the rest, they are literally unearthing history."

The excavation team has also traced the daughter of the pilot, Merryl Randall.

"She is very excited that parts of her father’s plane have been found," said Mr McNee.

"She has told us she plans to renew her passport and to travel to Ireland to see the wreckage." 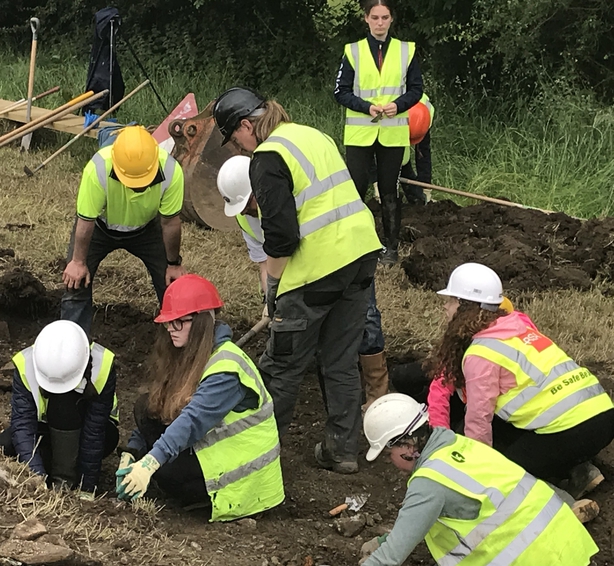 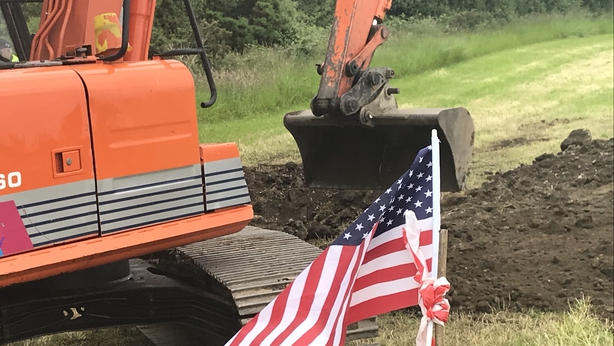 The wreckage will be put on display later this year as part of Monaghan County Museum’s hugely popular Spitfire exhibition.

The Spitfire crashed into a field in the county in September 1942 and was recovered in May 2017.

An exhibition entitled 'The Monaghan Spitfire - Life on the Border with a World at War' opened in June last year.

It has been the most popular in the 42-year history of the museum, with 27,000 visitors to date.

"There is huge interest in our Spitfire exhibition and we are very excited about the prospect of adding parts of this iconic fighter to that collection.

"It’s also tremendous that the pilot’s daughter has been traced because that helps bring the story to life. History and museums aren’t just about the objects, they’re also about the personal story behind those objects."

Other parts of the wreckage will be put on display in Derry and Strabane District Council’s Tower Museum.