Graffiti has appeared in Derry warning the community against helping the police.

The slogans appeared this morning in the Creggan area, metres from where journalist Lyra McKee was killed on 18 April.

She was shot by a dissident republican linked to the 'New IRA' who fired at police lines during disturbances over the Easter weekend.

Painted on a wall, one message reads "Informers will be executed", and another says "IRA here to stay". 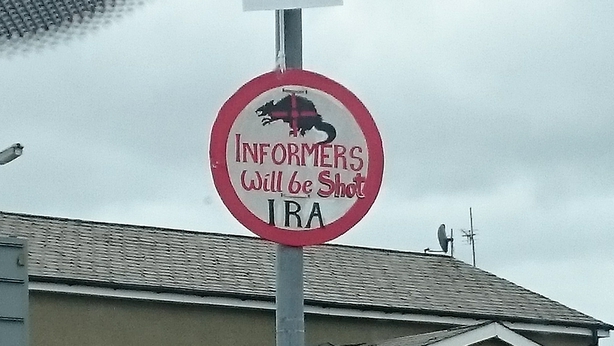 Another message includes a picture of a rat, with the message "Informers will be shot. IRA", and another says "RUC Informers: They will forget about you, we won't. IRA".

Graffiti, which had been painted over in the days after Ms McKee's murder has been restored, saying the IRA "aren't done" and is an "undefeated army". 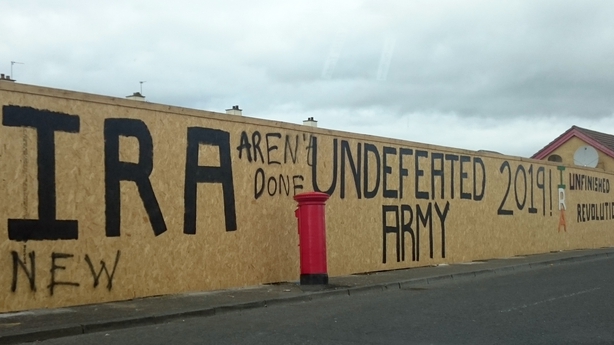 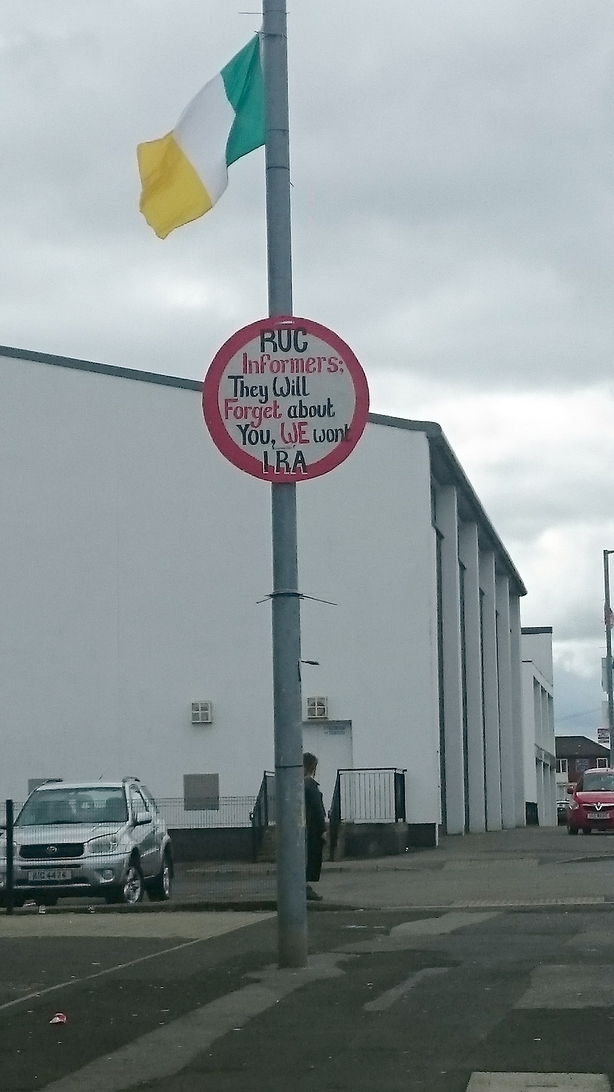 The new graffiti comes as the PSNI offered anonymity for anyone in the community who comes foward with evidence about the death of Ms McKee or the New IRA.

Police have made a number of arrests and released images of the suspected gunman before and after the killing in Derry in an attempt to encourage witnesses to come forward.

Detectives say more than 140 people have already come forward with information, videos and images from the unrest.

Complete anonymity, including giving evidence behind a screen and using voice altering technology, have been offered for anyone called to give evidence at a trial.

Kevin Campbell, Sinn Féin councillor and a Creggan resident, said the people of the area had sent a message to the perpetrators and will not be deterred.

"It's an absolute insult to the memory of Lyra McKee, who was murdered by these people," he said.

"These people were given a clear message after the death of Lyra, when hundreds and hundreds of residents of Creggan stood together on Fanad Drive, that they are not wanted. Maybe that message isn't getting through, but this is an absolute disgrace and it's an insult to her memory."

Mr Campbell says he does not believe the graffiti will deter people from coming forward.

"People see these gangs for what they are - they aren't republicans, they are filth, and people recognise that," he added.