British Prime Minister Boris Johnson and his Health Secretary Matt Hancock have both tested positive for Covid-19 and are now self-isolating.

England's Chief Medical Officer, Professor Chris Whitty, is also self-isolating after revealing that he is experiencing symptoms compatible with Covid-19.

Mr Johnson has said he will still lead his government's response to the outbreak. Prof Whitty said he would also continue to "advise on the medical response to coronavirus, supported by my deputies."

"Over the last 24 hours I have developed mild symptoms and tested positive for coronavirus," Mr Johnson said.

"I am now self-isolating, but I will continue to lead the government's response via video-conference as we fight this virus."

At a press conference this evening, Cabinet Office Minister Michael Gove revealed that Britain is boosting the number of coronavirus tests available to frontline workers.

"This will be antigen testing, testing if people currently have the disease, so our health and social care workers can have security in the knowledge that they are safe to return to work if their test is negative," Mr Gove said.

"These tests will be trialled for people on the frontline starting immediately, with hundreds to take place by the end of the weekend, dramatically scaling up next week."

Simon Stevens, chief executive of England's National Health Service (NHS), said it had freed up the equivalent of 50 hospitals to treat coronavirus patients.

"As well as freeing up the 33,000 hospitals beds ... we are also taking these unprecedented steps to build, in a few days, hospitals that would normally take years," he said.

In a video on his Twitter account earlier today, Boris Johnson, 55, said he had developed a temperature and a persistent cough.

He added: "I'm working from home and self-isolating and that's entirely the right thing to do. But, be in no doubt that I can continue thanks to the wizardry of modern technology to communicate with all my top team to lead the national fightback against coronavirus."

Over the last 24 hours I have developed mild symptoms and tested positive for coronavirus.

I am now self-isolating, but I will continue to lead the government's response via video-conference as we fight this virus.

Together we will beat this. #StayHomeSaveLives pic.twitter.com/9Te6aFP0Ri

When Britain clapped health workers yesterday evening, Mr Johnson and his finance minister Rishi Sunak came out of separate entrances on Downing Street and did not come into close contact, according to a Reuters photographer at the scene.

Previously, the government said that Mr Johnson had the option to delegate to Foreign Secretary Dominic Raab if needed.

It is unclear if there is a link between the two cases and if one of the men passed it to the other.

In a video message on Twitter, Mr Hancock said he had tested positive and that he would be self-isolating until next Thursday.

He said: "Fortunately for me the symptoms so far have been very mild so I've been able to carry on with the work driving forward the UK response.

"I'll be continuing to do everything I can to get our carers the support that they need. And I'll be doing that from here but with no less gusto.

"And then from next Thursday, once I'm out of self-isolation and I hope with no more symptoms, then I'll be able to get back stuck in and into the office where necessary."

Following medical advice, I was advised to test for #Coronavirus.

Vital we follow the advice to protect our NHS & save lives#StayHomeSaveLives pic.twitter.com/TguWH6Blij

Earlier this month, Mr Johnson told reporters that he had shaken hands with a number of coronavirus patients during a hospital visit.

However, it is not known how he contracted the virus.

It was also announced that Labour deputy leadership candidate Angela Rayner has quarantined herself after developing Covid-19 symptoms.

The shadow education secretary is following medical advice and is self-isolating after developing symptoms that have "gradually got worse".

I am now in self isolation as l have the symptoms of #Coronavirus they started last night and have gradually got worse. I will be a bit quieter than usual but will still be keeping in touch with people as best as l can. #KeepSafe everybody and remember #StayHomeSaveLives

Anyone in the UK showing signs of coronavirus, which include a temperature and a persistent dry cough, have been instructed to self-isolate for seven days, and everyone living in their household should do the same for a two-week period.

Ms Rayner posted on Twitter: "I am now in self-isolation as I have the symptoms of coronavirus - they started last night and have gradually got worse.

"I will be a bit quieter than usual but will still be keeping in touch with people as best as I can."

The timing of the Ashton-under-Lyne MP's isolation means she will be permitted to leave her house by the time the Labour leadership and deputy leadership results are announced on 4 April. 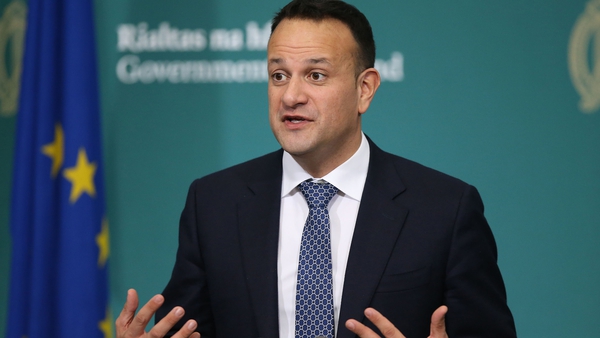