The race to become the next British prime minister has narrowed after Conservative party MPs held the first ballot of the contest following a week of leadership pitches.

Mark Harper, Andrea Leadsom and Esther McVey have all been eliminated.

All 313 Conservative MPs took part in the vote and there were no spoiled votes.

Boris Johnson is the clear frontrunner with 114 votes, with Jeremy Hunt securing 43 and Michael Gove on 37.

Candidates need at least 17 votes to go through to the second round, with anyone below this threshold automatically eliminated.

Ms McVey received the lowest number of votes at nine, with just one vote the difference between Mrs Leadsom (11) and Mr Harper (10).

Following this ballot, the remaining candidates have a few days to consolidate their support before the second ballot takes place on Tuesday 18 June.

On this occasion, candidates will need at least 33 votes to go through, meaning the field could be whittled down by two or three names.

Ballots continue until just two candidates remain in the contest.

A third ballot will take place on 19 June, with provision for a fourth and fifth ballot the following day if necessary.

The two candidates left at the end of the ballots will then spend a month campaigning across the country.

At the same time, members of the Conservative Party will receive ballot papers allowing them to choose which of the two names they would prefer as leader.

The winner will be announced in the week beginning Monday 22 July.

And then there were seven 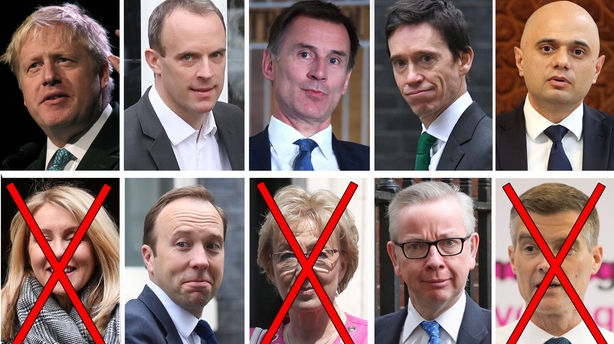 Thank you to my friends and colleagues in the Conservative & Unionist Party for your support. I am delighted to win the first ballot, but we have a long way to go.https://t.co/tGRXu94CmT | @BackBoris pic.twitter.com/zVBNls2rew

Meanwhile, the Labour party said it would continue to fight to prevent a no-deal Brexit after the latest cross-party attempt by MPs to take control of Commons business was narrowly voted down.

The cross-party motion, which would have enabled MPs to take control of the business of the House on 25 June, was defeated by 309 to 298 - a majority of 11.

Labour's Brexit secretary Keir Starmer said it would have acted as a "safety valve" enabling parliament to pass legislation preventing the next prime minister from taking Britain out of the EU without a deal. 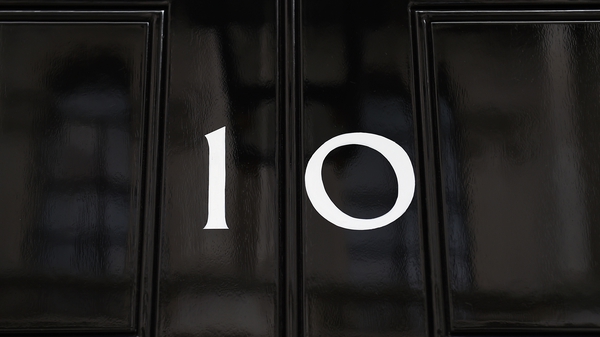 And then there were seven