A convicted bomber has named four men he claims carried out the 1974 Birmingham pub attacks after telling inquests he had been given permission to do so by the head of the IRA.

The blasts at the Mulberry Bush and Tavern in the Town pubs killed 21 people and injured 220 others.

Bereaved families have waited 44 years for fresh inquests, which are now in their fourth week.

Today, in a dramatic turn, an anonymous ex-IRA volunteer giving evidence at the inquests, said he had been told by the current head of the IRA, six months ago in Dublin, that he could name those he knew were involved.

The man, identified only as Witness O - speaking over a secure video-link - named the officer commanding (OC) the Birmingham IRA at the time, Seamus McLoughlin, as the person responsible for selecting the targets.

He added that Mick Murray was "one of the bombers", and claimed he recalled Murray telling him there would be "no harm" if similar attacks had been repeated, because of the "chaos" caused.

Pressed by Leslie Thomas QC, the barrister representing nine of the bereaved families, that another member of the bombing team was Michael Hayes, he replied: "Hayes, Hayes - I'll give it (the name) to you now."

But he added, in apparent reference to the Good Friday Agreement: "But he can't be arrested.

"There is nobody going to be charged with this atrocity.

"The British Government have signed an agreement with the IRA."

Then asked about "James Gavin", he replied: "Well, he was (involved), I met him in Dublin and he said he was." 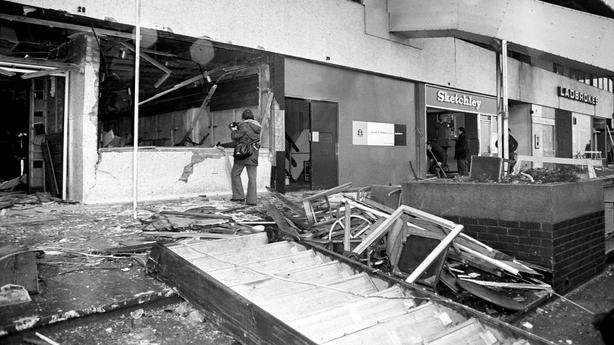 Earlier, the witness had said "I only know about five", claiming at least one of the men was still alive, before adding: "He's no harm to anybody now."

Mr Thomas then asked whether a fifth man, Michael Patrick Reilly, had been involved.

The witness, who earlier told the jury he was a convicted IRA bomber who served a prison sentence in the 1970s, replied: "No, I don't remember him at all.

"Reilly? I would remember that."

The barrister then used an alleged reference to Mr Reilly, used in the book Error Of Judgement by former MP and journalist Chris Mullin, when he asked the former IRA man: "Michael Patrick Reilly, sometimes referred to as 'The Young Planter'?

The witness replied: "Who? Protecting who? No.

"My situation was I was in Manchester, and I came to Birmingham and I was only in Birmingham a couple of weeks."

He made reference in his evidence to two others, identified as "Dublin Dave" and "Socks", who may also have been connected to the bombings.

But it was unclear if either reference was a pseudonym for the other five men named, or were separate individuals.

The witness added of the men he had named: "The police already know who they are, and they haven't done anything."

Witness O, who was in jail at the time of the attacks and said he had no knowledge they were being planned, described the bombings as "an atrocity".

He added that the Birmingham IRA active service unit responsible was "stood down" by the organisation's Army Council following the blasts.

The witness said he had been given permission to speak to the inquests, including giving the bombers' names.

When coroner Sir Peter Thornton QC asked him who had given that authorisation, he replied "The head of the IRA", adding that he had approached the organisation's chief in Dublin six months ago.

Asked by barrister Mr Thomas who that man was, the witness replied: "Well, I'm not telling you his name."

Asked why not, the former IRA man said: "Because he's the head of the IRA. He could be shot dead."

He also claimed to have given McLoughlin's name to two detectives while in HMP Winson Green just days after the bombings, but heard nothing more.

Counsel to the coroner Peter Skelton asked: "Was it the OC of Birmingham who would take decisions about which places to target for the bombs?

All the men have been named before in connection with the bombings, but never in a formal setting.

Mr Reilly and Mr Hayes have always denied any involvement in the blasts, though Mr Hayes has said he took "collective responsibility" for all IRA attacks in England, including the pub bombings. 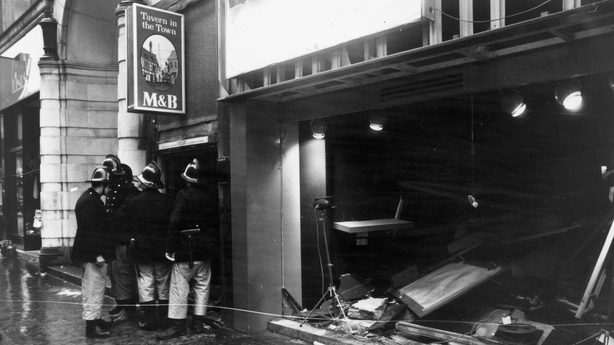 Six men, known as the Birmingham Six, were jailed in 1975 for the double bomb attacks, but their convictions were quashed by the Court of Appeal in 1991.

Their case remains one of the most infamous miscarriages of justice in English legal history.

Witness O, who also told the coroner he was no longer an IRA member, voluntarily agreed to give evidence to the inquests on condition of anonymity.

The disclosure of the alleged bombers' names was an unexpected twist, as the issue of who carried out the bombers was not within the scope of the inquests.

As the names were given, many of the bereaved family members broke down in tears.

Outside court, Julie Hambleton, whose sister Maxine was killed in the Tavern in the Town, reacted to the news, and said: "Witness O has today named the bombers involved in the Birmingham pub bombings.

"I have a letter from David Thompson chief constable of West Midlands Police that says this is an on-going live investigation (and) as such we expect action.

"(We expect) information as a matter of urgency now as to what is going to happen, what, where and when."

"Our approach is, where new facts come to light, they are scrutinised to see if people can be brought to justice.

"The force will never lose sight of the tragic fact that 21 people lost their lives in the atrocities that took place in Birmingham in 1974.

"It's not appropriate to make further comment at this stage while we're in the middle of the coroner's inquests."

A garda spokesman said: "An Garda Síochána do not comment on named individuals and on matters before the courts in other jurisdictions."