A judicial review in the UK has found that the scope of the forthcoming inquest into the deaths of 21 people in two IRA bombs in Birmingham in 1974 should be extended to include the issue of who carried out the bombing.

The case was brought by the families of ten of the 21 people killed by two IRA bombs in Birmingham in 1974.

They campaigned successfully to have the inquest into the deaths of their loved ones reopened.

But the coroner heading that new inquest had ruled that he would not deal with the issue of who carried out the bombing, which was a central issue that the families wanted addressed.

Today in Birmingham, Mrs Justice Carr said she would quash that decision and remit the case to enable the coroner to reconsider his decision.

Her order on the quashing of the inquest ruling is not mandatory and will therefore now need to be considered by the coroner.

Six Irish men were wrongly convicted of the atrocity. The men, known as the Birmingham Six, had their convictions quashed in 1991.

The sister of one of the victims of the bombings has said if the "perpetrators" are not mentioned in an inquest she sees it as a waste of taxpayers' money and that no one gets the truth. 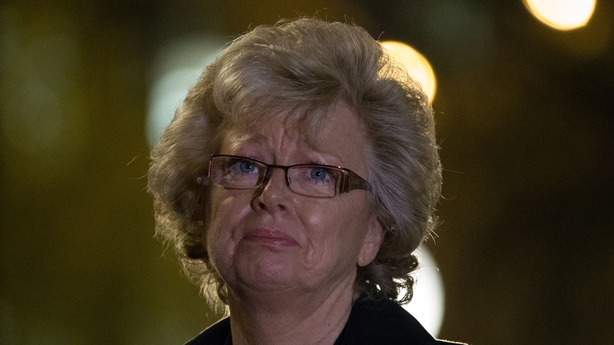 Speaking on RTÉ’s Morning Ireland, Julie Hambleton, whose sister Maxine was among the 21 victims, said the ruling they hope for is that the coroner changes his decision on the scope, no longer excluding "the bombmakers and their associates from being mentioned at the forthcoming inquest".

She said last year she spoke with the coroner and begged him to have the perpetrators included, saying "if it wasn't for the murderers our loved ones wouldn't be dead".

She said the police told her there has not been not enough evidence to arrest the people they suspected of being involved in the bombings.

Ms Hambleton has also criticised the British government for "not doing enough" and said she has been told it is out of their remit.

"Laws are in place but no one in government appears to have the backbone to enforce the very laws they implement," she said.