Taoiseach Enda Kenny has expressed concern that a proposed alliance between the Conservative Party and the Democratic Unionist Party could pose a challenge to the peace process.

In a phone call with British Prime Minister Theresa May, "the Taoiseach indicated his concern that nothing should happen to put the Good Friday Agreement at risk and the challenge that this agreement [with the DUP] will bring", a Government statement said.

The statement also said that both leaders "agreed that of immediate concern were efforts to establish an executive as soon as possible, with exploratory discussions with the NI parties to take place tomorrow".

Mr Kenny also told Mrs May that there should be an early meeting between her and taoiseach-in-waiting Leo Varadkar.

DUP leader Arlene Foster is to hold talks with Mrs May in Downing Street to finalise an agreement on propping up the prime minister's minority government.

The DUP confirmed that Mrs Foster would be going to No 10 on Tuesday after discussions in Belfast over the weekend were said to have made "good progress".

Mrs Foster told Sky News: "We had very good discussions yesterday with the Conservative Party in relation to how we could support them in forming a national government - one that would bring stability to the nation. Those discussions continue."

Downing Street initially said yesterday that an outline agreement on a "confidence and supply" arrangement had been reached with the DUP which would be put to the cabinet for discussion tomorrow.

But it later disclosed that no deal had been finalised and talks on the arrangement will continue during the week as Mrs May desperately tries to shore up her position after losing her Commons majority in the election.

The strength of any deal looks set to be tested when the Commons meets, with Labour leader Jeremy Corbyn vowing to try to bring down the government by defeating Mrs May in parliament and insisting: "I can still be prime minister."

In another sign of the dangers facing Mrs May, Sunday papers reported that Foreign Secretary Boris Johnson was either being encouraged to make a leadership bid in an effort to oust her, or actually preparing one - a claim dismissed as "tripe" by Mr Johnson.

The 10 DUP MPs could prove crucial in supporting the Conservatives on key votes after Thursday's election saw Mrs May lose control of the Commons. 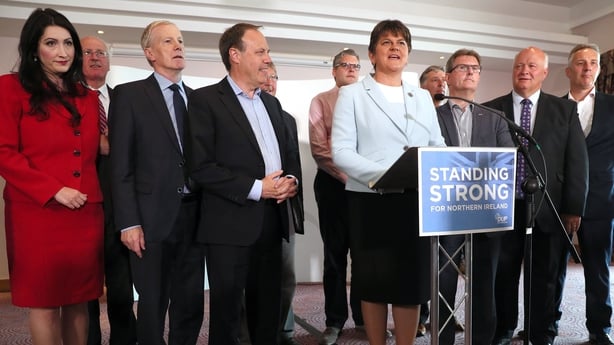 The Conservatives won 318 House of Commons seats in the election, eight short of an outright majority. Labour, the main opposition party, won 262.

It was a humiliating outcome after an election that the prime minister had intended to strengthen her ahead of the Brexit push.

Instead, voters stripped the Conservatives of their parliamentary majority. As Mrs May struggled to contain the fallout her two closest aides, Nick Timothy and Fiona Hill, resigned following sustained criticism within the party of the campaign.

A confidence and supply deal would mean the DUP backing the government on its budget and confidence motions, but could potentially lead to other issues being decided on a vote-by-vote basis.

Earlier, Minister for Foreign Affairs Charlie Flanagan said that Mrs May's desire to team up with the DUP does "not necessarily" undermine the Northern Ireland peace process.

Speaking on ITV, Mr Flanagan said he has raised the matter with Northern Ireland Secretary James Brokenshire, although it remains to be seen what deal is agreed between the Conservatives and the DUP.

Mr Flanagan was asked about suggestions that any Conservative deal with the DUP would undermine Westminster's impartiality as a co-guarantor of the Good Friday Agreement.

He said: "Well, not necessarily the case. Of course, it remains to be seen what the nature of that deal is. But this is an issue I did address the evening before last with Secretary of State James Brokenshire.

Mr Flanagan added the EU member states are "ready to roll" when it comes to Brexit talks. 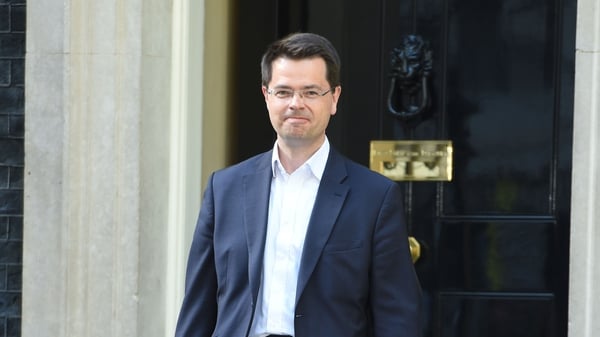 Who's who in Theresa May's new cabinet?