The Government has confirmed that Eir has withdrawn from the tendering process for the National Broadband Plan (NBP).

The decision was taken at a board meeting of the company earlier this week and communicated to the Department of Communications, Climate Action and the Environment yesterday.

In a statement, Eir cited complexity in the tender process, together with growing uncertainty on a range of regulatory and pricing issues outside of the NBP process, as its reason for withdrawing.

Although the decision means Enet is now the only remaining bidder, the Government is to proceed with the tendering process.

Minister for Communications Denis Naughten briefed opposition spokespeople on the development this afternoon. 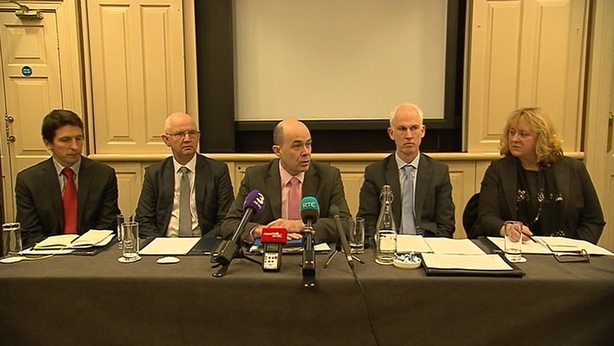 In a statement, Enet said it and its consortium partner, SSE, are continuing to engage with the department on the plan.

Last April, the Government concluded an agreement with Eir that saw 300,000 premises in rural areas taken out of the NBP intervention area.

Instead, Eir undertook to connect the homes and businesses to high speed broadband before the end of this year.

In its statement today, the company confirmed its commitment to that process.

Speaking on RTÉ’s Six One, Mr Naughten said now that there was just one consortium left in the tendering process for the broadband plan, it will mean that "shovels will probably be in the ground more quickly than if there were two bidders".

He said that when he came into office only 52% of premises across the country had access to high speed Broadband, and that this had now increased to 72%.

The Minister said this rate of momentum would continue until every home and business in the country had access.

Last September another bidder SIRO, a joint venture between the ESB and Vodafone, also pulled out of the tendering process.

A majority stake in Eir was bought by a consortium led by French telecoms billionaire Xavier Niel in December. The deal is still subject to regulatory approvals.

Mr Niel's NJJ Telecom Europe and French telecommunications company Iliad did not disclose what they paid for the stake, but said the deal put Eir's enterprise value at around €3.5 billion.

Fianna Fáil's communications spokesperson Timmy Dooley has said the NBP has been an "unmitigated failure" on the part of the Government.

In a statement, Mr Dooley questioned if the Government is really serious about rolling out broadband to rural communities.

Eir's decision was raised at the Fine Gael Parliamentary Party meeting this evening with several members saying it should not impact on the timeline for the plan.