The board of the US telecoms regulator this evening voted to undo changes that were introduced two years ago by then-president Barack Obama that safeguarded the concept of "net neutrality".

The move is being described by pioneers of the internet as a threat to its very future. But supporters say it once again levels the playing pitch for internet service providers (ISPs).

Science & Technology Correspondent, Will Goodbody, looks at what is at stake.

What is net neutrality?

Net neutrality is the idea that when it comes to access to the internet, everyone should be treated equally.

Whether you are a giant multinational like Facebook or a sole trader in a small town in rural Wisconsin, or just a punter who likes watching programmes on Netflix, net neutrality ensures that you all have the same rights with ISPs when it comes to the traffic you generate and consume on the web.

The concept underpins what proponents say are all the good aspects of the internet - the ability to speak freely and to innovate, no matter who or where you are.

And what happened two years ago?

In 2015, then-president Obama brought in rules that prevented broadband providers from blocking or controlling the speed of access that consumers have to certain content.

The laws also prevented ISPs from charging consumers or companies more for certain data-heavy services, like streaming video or audio for example, or services that are accessed a lot, like Google. 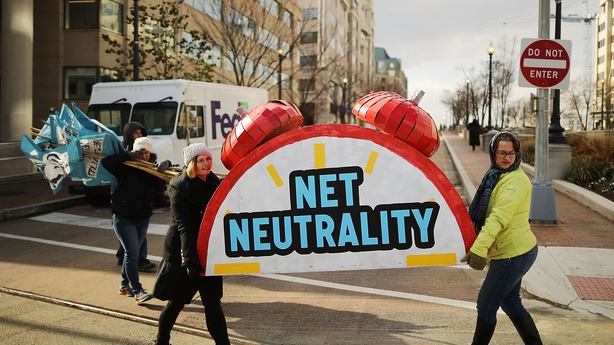 This was in response to moves at the time by some of the big US-based telecoms companies, like AT&T, Verizon and Comcast, to start "throttling" or choking internet speeds for certain services and charging more to those who use more data.

The concern was that if such a scenario arose, the ISPs would strangle innovation on the internet, pushing small businesses and consumers who couldn’t afford to pay more off the web, shutting down freedom of expression in the process.

On the other hand, the ISPs said that was nonsense and in reality changing the playing pitch would enable them to innovate more and invest in their services, which in theory would be good for consumers and business.

They also denied that it would lead to them charging more for services that require greater bandwidth.

So why has the law changed now?

When the Republican Trump administration came to power last year, it quickly set about overturning the changes implemented by the Obama administration.

The balance of power also shifted on the board of the FCC to a more Republican stance.

That has culminated in a vote by the board of the US telecoms regulator, the Federal Communications Commission or FCC, which reversed the 2015 rules.

It has now reclassified broadband as a "Title 1" information service, which the FCC can’t regulate as closely, rather than a "Title 2" telecoms service which it can. 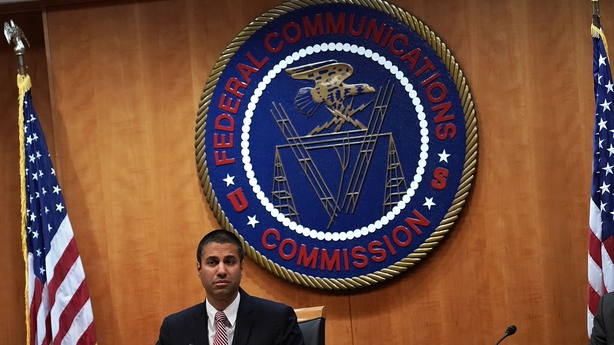 It’s chairman, Ajit Pai, favours allowing the controversial practices as long as they are made public by the ISPs that use them.

He says it could actually lead to more telecom providers in the US, a development that would benefit everyone.

All good news then for the ISPs. But bad for ordinary users of the internet, and for companies who derive some or all of their revenue from an open web.

The proposal, now a certainty, has provoked significant opposition from a whole range of individuals and organisations, including Google and Facebook.

Indeed, polls have shown that more than 80% of the US public opposed the move.

The Democrats are already talking about taking action, up to an including legal action, to overturn the decision.

They even claim that many of the comments submitted during the public consultation period were "fake".

They also say Pai is an industry puppet, having worked for many years in the telecoms space.

But that’s all in the US – why should we care here?

Yes, technically this only impacts those living and doing business in the US right now.

But in time a change to the principle there has the potential to seep into the structure of the telecoms industry on this side of the Atlantic, as so often is the case with technology related issues.

Last year, the EU issued new guidelines on net neutrality that copperfastened the principles that the US is now losing.

They clarified vague rules that could have been exploited by broadband providers across the union who wanted to ride rough-shod through net neutrality principles.

Ireland, as an EU member, is a party to these new rules, meaning for now our ISPs can’t block or throttle access to the internet.

But today’s FCC vote is likely to give them a fresh reason to lobby to have the European rules softened.

It could also impact on companies here that are trying to offer services into the US market, and Irish based consumers who purchase services from the US which may increase in price if ISPs start charging their customers more.

We often hear people refer to social media posts or stories that "break the internet".

The question now is, this time has it been broken for real?