Fitbit has announced its first smartwatch in a bid to take on rivals such as Apple, Samsung and Huawei and rekindle its own flagging fortunes.

The company says the new Ionic is predominantly aimed at fitness enthusiasts, with a built in oxygen saturation monitor, GPS, improved heart rate monitoring and water resistance of up to 50 metres.

However, Fitbit has taken the new device a step beyond the fitness tracking environment with which it is so strongly associated, adding contactless payments, smart notifications, on-board music and a variety of apps and clock faces.

The device may also beat the Apple Watch for battery life, boasting more than four days worth of power, Fitbit claims. 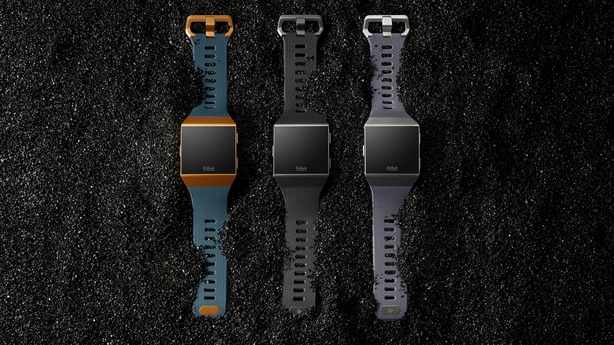 The Ionic will work across mobile platforms and includes automatic activity and sleep tracking.

The timepiece will run on the new Fitbit OS and software developers are being encouraged to design apps for it with a software development kit becoming available next month.

Fitbit has created a range of fitness related apps which are available to download from the AppGallery and a number of third party apps are also available including the social network for runners, Strava and Weather by AccuWeather.

The new watch begin pre-sales today and will be available to buy beginning in October, at a cost of €349.95.

As special edition Adidas version will be available next year.

It is also launching a new premium guidance and coaching service based on Fitbit gathered data and activity levels.