Football title FIFA 17 will feature off-the-pitch drama as well as playing action for the first time it emerged as the build-up to the E3 gaming show began in Los Angeles.

Developer studio Electronic Arts (EA) held the first of a series of events hosted by the gaming industry ahead of the three-day convention.

It revealed a new story mode in FIFA for the first time where players take control of a young footballer called Alex Hunter and must guide him through both the on and off-the-field aspects of his career.

It is the first time the series, which began in 1993, has focused on non-playing drama in addition to on-pitch action.

New Manchester United manager Jose Mourinho made a brief appearance at a simultaneous event in London to promote the new game, revealing his son has woken him at night playing the series.

Fellow gaming giants Sony and Microsoft - manufacturers of the PlayStation 4 and Xbox One consoles - will both hold their own showcase events later today before E3 opens officially tomorrow.

The event is attended by over 50,000 media, developers and exhibitors as the biggest video games of the upcoming 12 months are viewed for the first time.

Microsoft revealed a new slimmer version of the Xbox One that is more powerful and able to support 4K video for the first time.

Called the Xbox One S, it also comes with a wireless controller.

Support for 4K definition means the console will be able to run games at a resolution higher than HD for the first time.

The new console will go on sale in August, Xbox confirmed, costing $300 - the same as the current generation Xbox One.

The One S will also come with two terabytes of storage and is "40% thinner" than the current Xbox One.

During the live event, Xbox also revealed several of its new games, including a first look at the gameplay of Gears Of War 4, one of Microsoft's exclusive games.

It follows the announcement from game studio Bethesda on Sunday that classic game Quake is making a comeback.

The studio also confirmed that three new Star Wars games will be released over the next two years, including content taken from the new series of movies.

Sony is expected to reveal a more powerful version of the PlayStation 4, called PlayStation Neo, which has been heavily rumoured in recent weeks alongside several claims of leaked specifications. 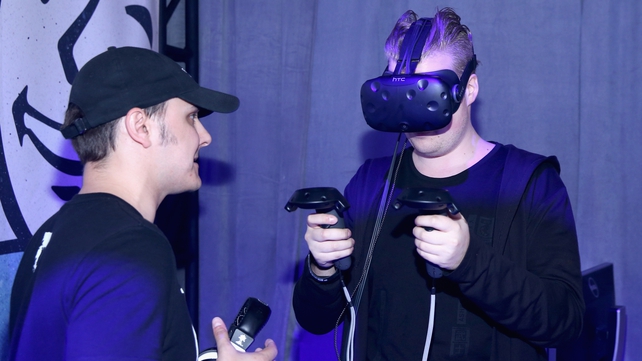 The technology giant is also expected to discuss its virtual reality system, PlayStation VR, ahead of the headset's launch, scheduled for October.

Microsoft demonstrated its own system, the hologram-based HoloLens headset, at last year's E3 by playing a game of Minecraft, and could make a similar presentation this year, while there are also rumours of a partnership with Facebook-owned virtual reality system Oculus Rift also being announced.

The Electronic Entertainment Expo, more commonly known as E3, is the main stage each year for the video games industry to make its biggest announcements.

The Los Angeles-based trade show began in 1985 and has since been the location of some of the gaming market's key launches, mostly recently including the announcement of the Xbox One and PlayStation 4 consoles.