International leaders are calling on China to embrace democracy and redress the wrongs of the crushed protests which took place in Tiananmen Square, Beijing, 25 years ago today.

Exiled Tibetan spiritual leader the Dalai Lama has marked the anniversary of the violence by offering prayers for the protest ‘martyrs’.

Reviled by Beijing as a separatist, the Dalai Lama made the rare comments at a prayer meeting two years after renouncing politics.

“I offer my prayers for those who died for freedom, democracy and human rights”, the Nobel Peace Prize winner said in a statement posted on his website.

“While great progress has been made to integrate into the world economy, I believe it is equally important to encourage China to enter the mainstream of global democracy”, he added.

Washington-based group ‘Initiatives for China’, which campaigns for a peaceful democratic transition in China, earlier released the text of prayers led by the Dalai Lama remembering the Tiananmen victims.

“In this anniversary of China’s young martyrs, let us pray that the Chinese leaders of today would turn their hearts away from fear and defensiveness, that they would reach out to the victims and victims’ families and repent of the massacre of China’s youth”, the Buddhist religious leader said.

“Everyone is clear about who the Dalai Lama is. His statement has ulterior motives”, ministry spokesman Hong Lei told a daily news briefing.

Despite his global renown, the 78-year-old Dalai Lama is viewed by Beijing’s communist leadership as a dangerous "splittist" who espouses violence.

He denies the charges, saying he only wants genuine autonomy for his homeland.

China has ruled Tibet with an iron fist since troops marched in in 1950.

The leader called upon Chinese authorities to "seriously consider and speedily redress the wrongs to ensure such a tragedy will never happen again".

Ties between Taiwan and China have improved markedly since Ma took office in 2008 and on a Beijing-friendly platform, following eight years of tensions under the previous pro-independence government.

A vigil in Taipei is tonight expected to attract some 2,000 people.

On this day in 1989, Chinese troops descended on Tiananmen Square in Beijing and put a violent end to demonstrations which had rolled on for several weeks.

The death of former Communist Party leader and democratic reform icon Mr Hu Yaobang in April had sent thousands of students and civilians out onto the streets of the city in the weeks after his death, demanding a more open and democratic government.

While an official death toll from the 4 June massacre has never been released, estimates from human rights groups range from several hundred to several thousand. 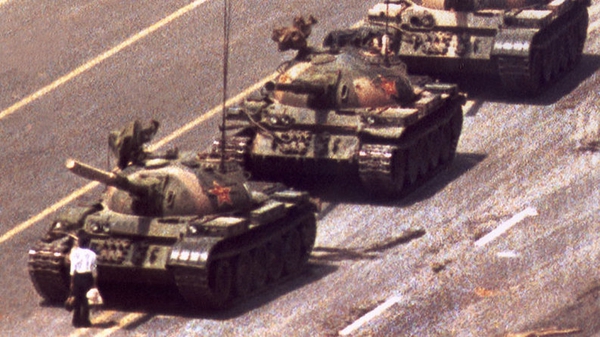