The first stretch of the London Underground network opened on 9 January 1863, with the first passenger journeys taking place the following day.

London Underground is planning a series of events to celebrate the milestone year including a series of additional heritage rail trips using steam trains, two new £2 coins and a set of ten special stamps issued by Royal Mail.

Mayor of London Boris Johnson described the network as "arguably the best, and most iconic, underground transport system in the world".

Since the first stretch of track was opened between Paddington and Farringdon, then known as the Metropolitan Railway, the network has expanded to 12 lines.

The network carried record numbers of passengers in 2011/12, with 1.171 billion journeys made, according to Transport for London (TfL).

This is 64m more passenger journeys than the previous year, which itself had set a new record.

During the morning rush hour London's busiest Tube station is Waterloo, with 57,000 people entering during the three-hour peak.

The busiest station in terms of passengers each year is also Waterloo with 82m.

Mr Johnson said: "The arrival of the Tube was truly revolutionary and today it is still admired around the world.

"It annihilates distance, liquidates traffic and is the throbbing cardiovascular system of the greatest city on earth.

"It continues to play a hugely important role in the success of our capital - efficiently moving record numbers of people during the London 2012 Games.

"Our massive upgrade programme builds on the engineering ingenuity of our Victorian forefathers and through new signalling, trains and track, millions of Londoners and visitors will continue to benefit from what is arguably the best, and most iconic, underground transport system in the world." 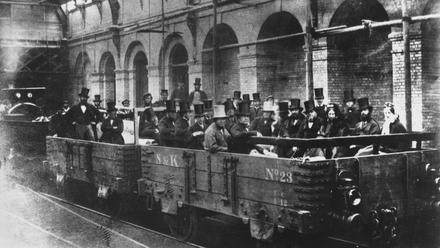 History of the London Underground.

It is built using cut and cover construction and is steam operated. The line is a huge success with 26,000 passengers using the railway each day in the first six months.

Built by Marc Brunel and his son Isambard Kingdom Brunel, it was originally opened as a foot tunnel in 1843 for pedestrians to travel under the river between Rotherhithe and Wapping. It now forms part of the London Overground railway network.

1884 - The Inner Circle line (now part of the Circle line) is completed through linking up the Metropolitan and District lines at both ends.

1890 - The world's first deep level electric tube railway is opened between Stockwell and King William Street (now mostly part of the Northern line). Access to the station platforms was by hydraulic lift. The Underground first becomes known as the Tube.

1905 - The District and Circle lines and part of the Metropolitan Railway become the first to be electrified. 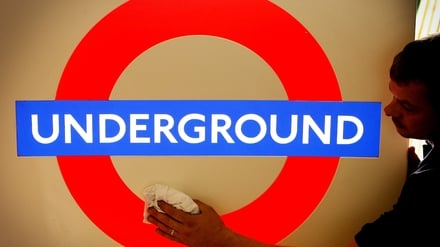 1908 - The first version of the bar and disc station names appear on signs across the separate railway companies. It eventually develops into the bar and circle logo used today, known as the roundel.

1911 - The first escalators are used on the Underground, at Earl's Court station.

1915 - Following the outbreak of the First World War, women begin to be employed extensively by UERL and the Metropolitan Railway in formerly male roles as "wartime substitutes".

1933 - The first printing of Harry Beck's Underground map. Beck's format has been used and adapted by London Underground ever since.

1939-1945 - The Second World War sees thousands of Londoners take shelter in tube stations during bombing. The Underground continues to operate throughout the war, and is also used for war production, safe storage of artworks and military control centres such as anti-aircraft command. 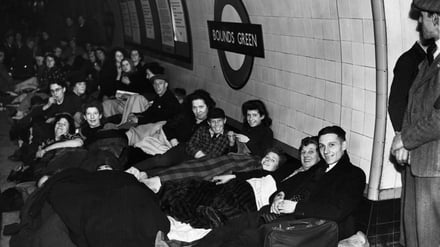 1968-9 - The Victoria line opens between Walthamstow Central and Victoria. Using automatic trains and ticket gates, it is the first computer-controlled underground railway in the world.

1978 - Hannah Dadds becomes the first woman driver on the London Underground, working on the District line.

1979 - The first stage of the Jubilee line opens between Charing Cross and Baker Street. Originally named the Fleet line, its name was changed in honour of the Queen's Silver Jubilee in 1977.

1983 - Zonal fares and the Travelcard are introduced on the Underground. It follows the "Fares Fair" legal battle between the Labour-run Greater London Council, then led by Ken Livingstone, and the Conservative Government. 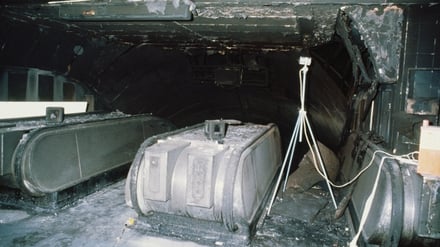 1987 - A serious escalator fire at King's Cross Underground station kills 31 people. Thought to have been caused by a dropped match, a subsequent public inquiry into the tragedy leads to tighter safety standards on the Underground.

2000 - Transport for London (TfL) is established as a new transport authority for the capital, responsible to the elected Mayor of London and with a much wider remit than London Transport, including other forms of transport such as buses, taxis, river services and cycling. 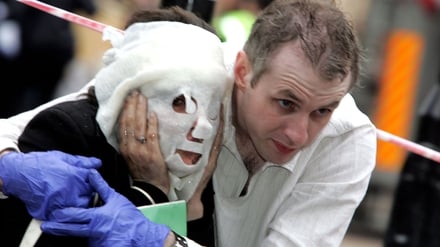 2005 - Coordinated suicide bomb attacks at Aldgate, Edgware Road and King's Cross Tube stations as well as on a number 30 bus in Tavistock Square are carried out, becoming the worst single terrorist attack on British soil.

As well as killing themselves and 52 others, the bombers injure more than 700 people.

2007 - London Overground is launched, with its fourth route, from Surrey Quays to Clapham Junction, opened in 2012, completing the orbital route around the capital. 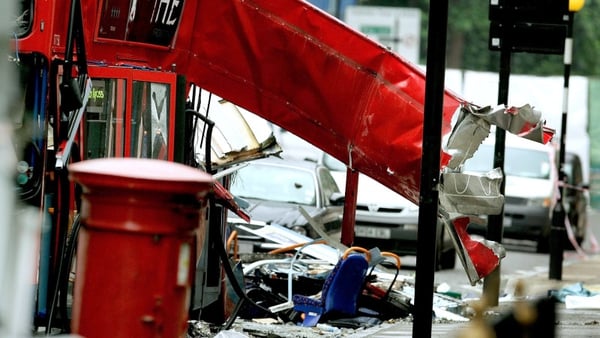 Inquests into deaths of 7 July victims