75 years ago today one of the most important scientific lectures of all time was delivered in Dublin.

The first of the now renowned "What is Life" lecture series was delivered by Erwin Schrödinger at the Dublin Institute of Advanced Studies (DIAS).

Unbeknownst to those in attendance at the time, the lectures would revolutionise our understanding of genetics and go on to inspire the work that led to the discovery of DNA by James Watson and Francis Crick. 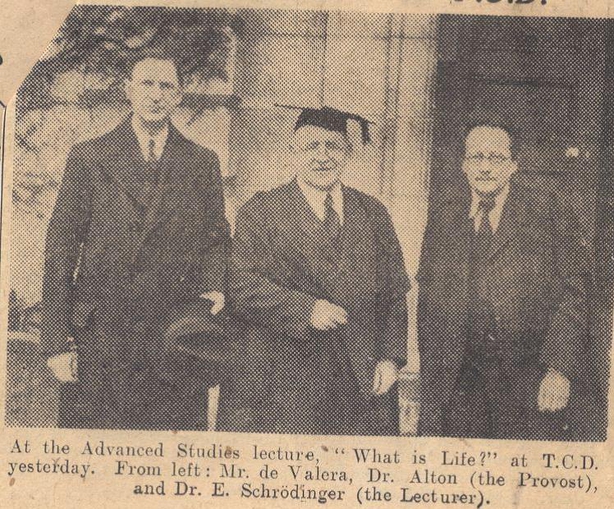 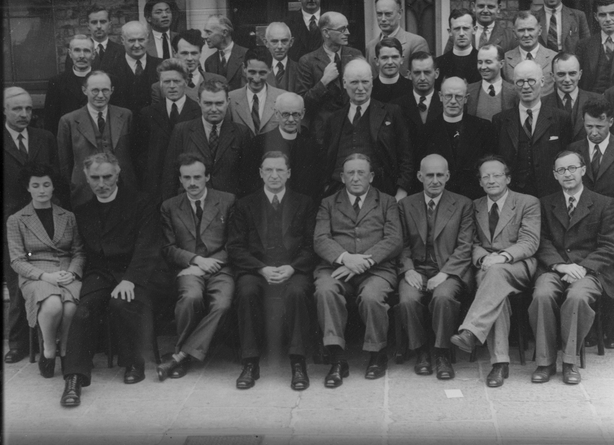 Three years earlier, the Dublin Institute of Advanced Studies was established by statute by then taoiseach Éamon de Valera as a centre of excellence for advanced scholarship focused on Celtic Studies, Theoretical Physics and Cosmic Physics.

He invited Professor Schrödinger to become the first Director of its School of Theoretical Physics and Schrödinger, who had been an outspoken critic of the Nazi regime, took up the offer so that he could get away from his home country Austria as World War II was unfolding.

Prof Schrödinger devised the 1943 series and delivered it at Trinity College Dublin.

The lectures focused on the physical aspects of living cells and in particular sought to examine how quantum theory impacted the structure of chromosomes and mutation.

Collectively, the lectures are credited with transforming our understanding of genetics and inspiring the discovery of DNA.

This is because they outlined an early theoretical description of how genetic data is stored and as a result had a profound influence in driving further research in the area, including that which led to DNA being discovered and the decoding of the human genome.

Indeed, DIAS has a letter from Francis Crick to Prof Schrodinger crediting 'What is Life?' as an influence in his and James Watson's discovery of DNA.

The influence was made possible by the subsequent publication of the lectures in a book of the same name and translation into German, French, Swedish, Japanese, Italian and Russian, as well as the international media attention they garnered.

"Schrödinger's 'What is Life?' lecture series not only brought a broad range of theoretical physics concepts to the non-expert but have also been widely credited with inspiring the discovery and decoding of DNA, our genetic building blocks."