Nearly two thirds of the genetic mutations that lead to cancer are caused by unavoidable random errors occurring in DNA when cells divide and replicate themselves.

That's the key finding from a study by US scientists that also shows that in many forms of cancer, family, environmental and lifestyle factors are less important contributory factors than previously thought.

The discovery will have significant implications for our understanding of the disease and explains why many people with no family history of cancer and who live healthy lives get the illness.

But while the research may go to answer the "Why me?" question asked by many cancer sufferers, experts say it does not mean people can ignore known risk factors.

These include maintenance of a healthy weight and lifestyle and avoidance of exposure to known carcinogens like smoking.

Before now it was already well known that environmental factors, like smoking, as well as inherited genetic mutations were a leading cause of cancer.

However, when normal cells divide to make new cells as they do billions of times during a lifetime, they make copies of DNA in the process.

This process is imperfect and regularly results in multiple mistakes in the copied DNA.

Previous studies have found these mutations cause cancer, but the scientists from the Johns Hopkins Kimmel Cancer Center claim the errors were historically undervalued.

Their study set out to compare the number of stem cell divisions with cancer incidence around the world.

The research used a mathematicl model to analyse 423 registries of cancer patients from 68 countries (other than the US) representing 4.8 billion people - more than half the world's population.

The researchers, led by Dr Cristian Tomasetti and Dr Bert Vogelstein, found a correlation between cancer incidence and normal cell divisions among 17 of the 32 cancer types studied.

On average the scientists discovered 66 per cent of cancer mutations result from DNA copying errors, with 29 per cent due to environmental or lifestyle factors and 5 per cent inherited from parents.

But the level to which random DNA copying mistakes mattered within specific cancer types varied considerably. 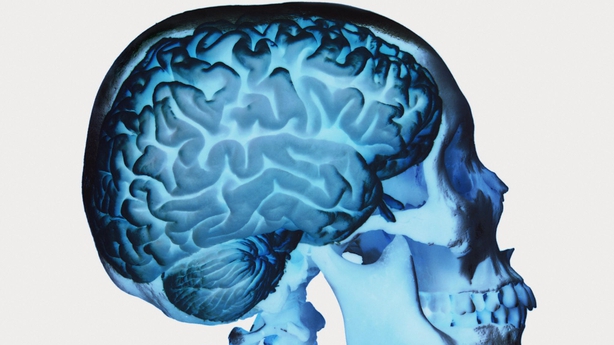 For example, in prostate, brain and bone cancers over 95 per cent of the mutations are due to random copying errors, the study published in the journal Science found.

But in pancreatic cancers, that number fell to 77 per cent.

In lung cancers, however, the picture was markedly different, with 65 per cent of mutations attributable to environmental factors, like smoking, with 35 per cent caused by DNA copying errors.

The findings support earlier epidemiological research and a 2015 study carried out by the same scientists which found DNA copying errors could explain why certain cancers in the US, like colon cancer, occur more commonly than others, including brain cancer.

However, that study attracted some criticism as it failed to include the common breast or prostate cancers and only dealt with the US population.

"We need to continue to encourage people to avoid environmental agents and lifestyles that increase their risk of developing cancer mutations," said Dr Vogelstein, co-director of the Ludwig Center at the Johns Hopkins Kimmel Cancer Center.

"However, many people will still develop cancers due to these random DNA copying errors, and better methods to detect all cancers earlier, while they are still curable, are urgently needed."

The findings are also important because many countries around the world have an ageing population and this could lead to higher rates of cancer as cells have more opportunities to make DNA copying errors.

"These copying mistakes are a potent source of cancer mutations that historically have been scientifically undervalued, and this new work provides the first estimate of the fraction of mutations caused by these mistakes," said Dr Tomasetti, assistant professor of biostatistics at the John Hopkins Kimmel Cancer Center.

Experts here welcomed the findings as significant, but said they shouldn't be mis-interpreted by people as meaning they should now ignore well-known risk factors for the disease.

"It is a combination of these three factors - so you can some degree of prevention of cancer by modifying these lifestyle or environmental factors,"  said Professor William Gallagher, Director Irish Cancer Society BREAST-PREDICT Centre and UCD Convway Institute.

"But its not the only factor we need to take into consideration."