A new analysis by scientists, including some in Ireland, has found several groups of hunter gatherers began farming independent of each other in the Fertile Crescent during the Neolithic period.

The groups are considered responsible for sowing the seeds for the practice of farming, which eventually spread around the world.

The findings will contribute to an ongoing debate within science about whether farming began with a single group of people, or multiple collectives.

It is known that agriculture was invented around 10,000 years ago in a region between south-eastern Anatolia, Iran, Iraq, and Syria, traditionally known as the “Fertile Crescent”.

Known as the “Neolithic revolution”, the radical changeover saw hunter-gatherers transition to a farming lifestyle and develop most of the technology and culture associated with it.

That new way of living then emerged two millennia later in south-eastern Europe, and shortly afterwards spread into central and Mediterranean Europe.

It also spread eastwards to Pakistan, northern India and beyond. 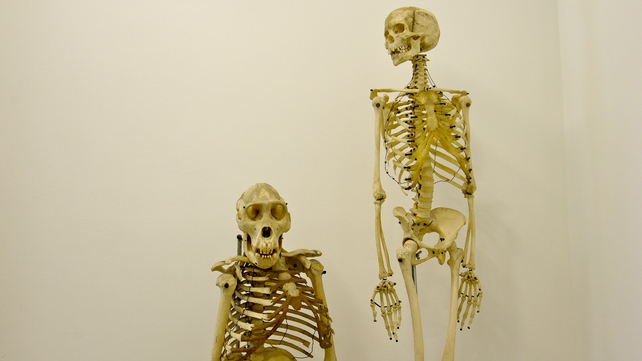 But until now, researchers have been unable to determine the origins of the farmers in the Fertile Crescent, despite the availability more recently of DNA technology.

This study, details of which have been published in the journal Science, saw researchers sequence DNA from four skeletons from the Neolithic period which were found in the Zagros Mountains region of Iran.

This is where some of the oldest evidence of farming has been found,

The team of scientists, led by researchers at the University of Mainz and which included a group from Trinity College Dublin, found the genetic blueprint of the ancient people was markedly different to that of Neolithic Anatolians.

This group was considered by many experts to have been the ancestors of the first farmers in Europe.

Instead, the researchers found that the remains from Zargos were far more closely related to the genetics of modern-day Pakistani and Afghan populations.

Using the new findings, the group suggests that the Zargos farmers split from Neolithic Anatolians up to 50,000 years ago, and that more than one group was therefore responsible for developing the concept of farming and spreading it to other regions of the world.

“The Iranian and Anatolian Neolithic divide is further supported by the paternal lineages we identified,” said Rui Martiniano, researcher in the School of Genetics & Microbiology at Trinity in a statement.

“One ancient farmer from the Zagros Mountains belonged to a rare Y-chromosome haplotype discovered for the first time in prehistoric samples, which is different than the one typically associated with the expansion of the first farmers into Europe.”