Stunning new images of the surface of the planet Jupiter have been published, ahead of the arrival of a probe at the planet in the coming days.

The infrared pictures were taken using the European Southern Observatory’s Very Large Telescope (VLT) in Chile and other facilities in Hawaii.

Amateur astronomers around the globe have also helped. 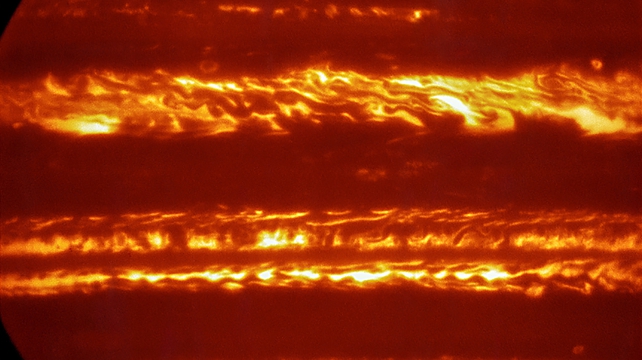 They were captured in preparation for the Juno probe’s close encounter with Jupiter in the company months, and will help to inform that mission’s work, particularly its understanding of Jupiter’s atmosphere.

The high-resolution images were snapped using the VISIR instrument on the VLT, and are part of a plan to map the gas giant.

They reveal how the planet’s atmosphere has changed in recent months, and will give scientists more information about how energy and material moved up through it.

The images were pieced together using a technique called lucky imaging, where sequences of thousands of short exposures were taken.

From those the clearest frames were extracted, aligned and put together to make individual clear pictures.

The pictures were presented at Britain’s Royal Astronomical Society’s National Astronomy Meeting in Nottingham by Leigh Fletcher of the University of Leicester. 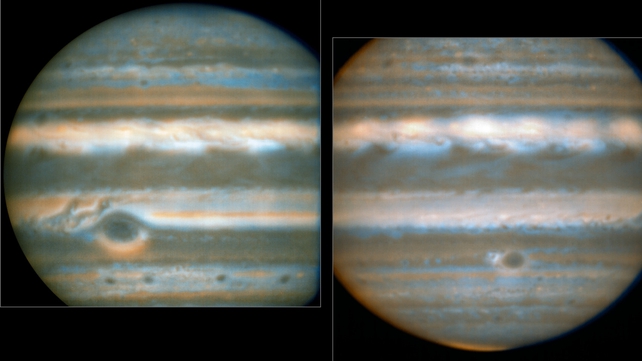 After a five year 3000 million kilometre journey across the solar system, NASA’s Juno unmanned spacecraft will arrive at Jupiter on July 4th, and then enter into orbit around the planet that evening.

Ireland is currently in discussions with the European Southern Observatory about joining it.